This is another horror film I pretty much only watched because it was shot in the North of Scotland. Not that you could really tell, save for the accents. 90% of it takes place in generic forest which could be just about anywhere. The plot, too, is incredibly unoriginal. It’s a bit of a shame the makers abandoned their original, potentially interesting idea – a Highlander who goes around Scotland killing people. Instead, this is something about which the director freely admits, “We didn’t even really have a script and every cliché is in there.” It seems to have been made purely because they knew low-budget horror will sell. Not that there’s anything wrong with this motivation: it’s the same reason Sam Raimi made The Evil Dead. But he used imagination and innovation to leap far beyond the limitations of the available resources. For the vast bulk of its running-time, this doesn’t. 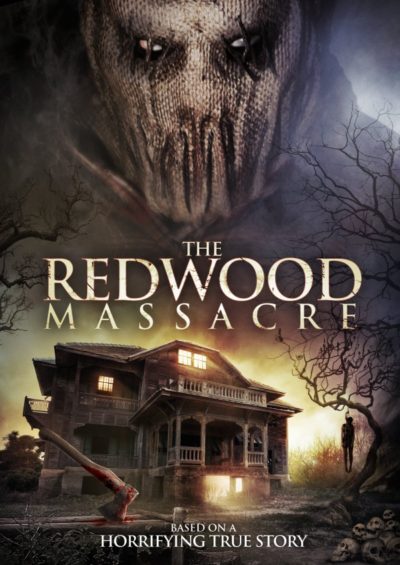 Instead, we get five remarkably ill-matched friends, who go on a camping trip in the woods to mark the twentieth anniversary of a notorious local murder. Before you can say, “No signal,” their numbers are being thinned by an axe-wielding maniac with a sack on his head. For the first hour, that’s it, and the makers weren’t wrong about the lack of a script. The only notable element is the amazingly bad fake eyebrows sported by one character, which look like something Divine would have rejected as in poor taste. They even received their own post on Reddit, in /r/awfuleyebrows. [TIL, that is the subreddit “for embarrassing eyebrows.” It has 193,000 subscribers.] I will say the kills, if not that well-done, do at least spray the blood around with decent enthusiasm. Though even there, some of the gore looks a very odd colour. For a glorious, brief moment, I thought one character was an android, bleeding out hydraulic fluid. While it might not have made any sense, it would be something not often seen in a slasher movie. Except Jason X, I guess.

Once we get down to the final girl versus Sackhead, there are a couple of wrinkles. Turns out Sackhead keeps all his victim’s corpses hanging in a barn, through which Ms. F-G has to push her way. The father of a victim from a decade ago also shows up, hunting Sackhead. However, his actions are nonsensical, even by the low standards of the slasher genre. And after repeatedly stressing how remote and uninhabited the location is, a car scrapyard suddenly pops up out of nowhere for the finale. This is complete with a crane that, conveniently, appears to have the keys in the ignition, and which Ms. F-G is trained to operate. Keith does have a decent handle on the production side of things, and The Redwood Massacre doesn’t look or sound as cheap as it was. If only there had been something more than the back of a beer-mat in terms of a storyline, at which his technical competence could have been pointed.