The success or otherwise of this kind of conspiracy theory film, hinges on its credibility being sold by the participants. That’s partly down to the actors, but I’ve tended to find, having a watertight script is the most important factor. All it takes is one plot-hole, and no matter how carefully constructed everything else is, that will bring your paranoid castle down like a house of cards. Unfortunately, that’s what we get here. It has its moments, mostly in the early going where Zanetti does a good job of generating uncertainty. Is Taylor (Rotaru) truly the freelance wildlife photographer she claims to be? Was her arrival on the doorstep of Riad (Lobo) just a coincidence, the result of her car breaking down? Or, as he seems to thinks, was she sent there to track him down and expose him, stopping Riad’s plan to decrypt a trove of official documents proving the existence of highly malevolent programs? 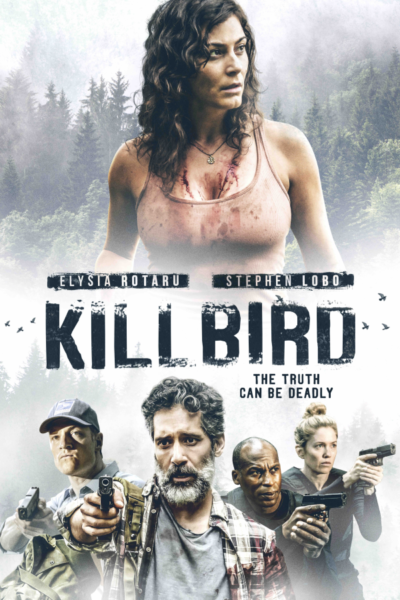 It’s more effective when dancing along the razor’s edge. There’s no doubt that Riad is extremely paranoid, with things like unexpected packages or a change of mailman likely to trigger an extreme response. But as the old saying goes, that doesn’t mean they aren’t out to get you, and it’s quickly clear there’s something shady going on. Even when the truth about the situation is revealed, Taylor’s loyalties remain far from certain. Is Riad a truth-seeker, or a dangerous terrorist – a post-modern and technocratic version of the Unabomber? She finds, for example, he’s keeping someone else prisoner in his remote cabin. But, again: does that make him a bad person? Her openness to consider all these questions and be swayed makes for better cinema, since it represents the audience. Yet, in the context of what we eventually discover, I’m not sure it makes a lot of sense for someone to be so apparently uncommitted.

What is clear, is that the writers have done their homework, dropping the appropriate names into Riad’s rants, although these feel sometimes like a Facebook post from a particularly unhinged relative. However, the ending contains a flaw of monumental size. We are expected to believe that a severely paranoid conspiracy theorist, obsessed with personal security, would not only password protect their crucial flash drive with a weak, eight-character alphabetic password (my AOL account password was stronger than that, and I haven’t logged onto it in a decade), they would also write the password down in plain text on a bit of paper. And just like that, this collapses into implausibility.

That’s not a bad metaphor for conspiracy theories in general. They often seem credible at first, until something sets off alarm bells, and you suddenly realize you’re listening to a man explaining how the Royal Family are shape-shifting lizard people. And, just like the works of David Icke, while there is entertainment value to be found here, it’s best not to get too emotionally involved, or you’re going to end up sadly disappointed.