Twenty minutes into this, I was wording a polite email to the makers, suggesting it was probably best if I didn’t review it. That you’re reading this, certainly indicates… Well, something. I’m not certain what. I can’t say I liked it. I probably wouldn’t recommend it, except to a certain subset of people who appreciate talky dramas with largely unpleasant characters being mean to each other. [In other words: Neil LaBute fans] Yet, I have to say, I respect it. I think the makers would prefer this to being liked, because everything indicates the intent was not to make a movie which was easily likeable. Achievement unlocked there, I’d say. 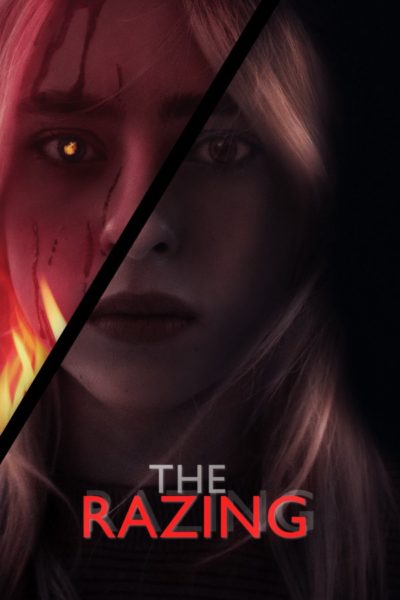 It takes place more or less entirely in a single apartment, both in the present and in flashback. It’s a birthday party for Corey (Wooton), an event at which various friends come to visit him and his wife, Ellen (Hemingway). Except, it’s rapidly clear that his friends don’t like him, or each other, very much. Indeed, a smugger, more self-absorbed bunch of obnoxious thirty-somethings, you’d be hard pushed to assemble. [Again: this seems entirely deliberate] It turns out this annual event is the result of an incident back in their younger days, which we eventually see unfold. In addition, there’s some kind of outbreak going on outside, triggering people into fits of violence. To top it off, the party guests are consuming impressive amounts of questionable pharmaceuticals.

The whole thing plays out like a nightmare you cannot escape – though I probably would have still made my excuses and left. “Is that the time? I really must be going. No, never mind the ongoing apocalypse, I’ll take my chances. Thanks for dinner!” Both the audio and visuals are tricked out, to the point with the former I spent the first few minutes adjusting my home theatre set-up, believing it to be faulty. This is not easy to watch, so kudos to the makers for sticking with it. It’s a consistently woozy approach, and fits a story where you are rarely sure whether what takes place is real, a potentially unreliable flashback or drug-induced hallucination. Even the outbreak could be nothing more than mass hysteria.

Between the not very nice characters and the narrative uncertainty, I could never bring myself to commit to any emotional investment, and that renders this effective only as a technical exercise. The only figure to approach sympathetic, is outsider Claire (Heavner); she is present as a girlfriend of one of the “regulars”, and sticks it out well beyond the point when I’d have reached for my coat. I never cared about anyone’s fate, and spending time with them was as much fun as chewing broken glass. Yet it occasionally achieves a road-accident like level of dirty fascination, and there are enough artistic flourishes to mean it will likely stick in the mind longer than other, more conventionally enjoyable films.

The Razing is distributed by Gravitas Ventures, and will be available on VOD from September 27th, 2022.