After being in the wrong place at the wrong time, Melody (Radzion) witnesses something she was not supposed to see: Jake and his two co-criminals, Devin (Keefe) and Ashley (Whelan) disposing of a body. Captured by the gang, she’s locked up in the basement of their lair while they decide what to do with her. Jake is keen simply to kill her, but on discovering that her father is a rich businessman, Devin convinces him that ransoming their captive would be for the best, providing an extra revenue stream. There’s  one problem. Melody’s dad just died, and as soon as the gang realize there will be no ransom, her life becomes surplus to their requirements. 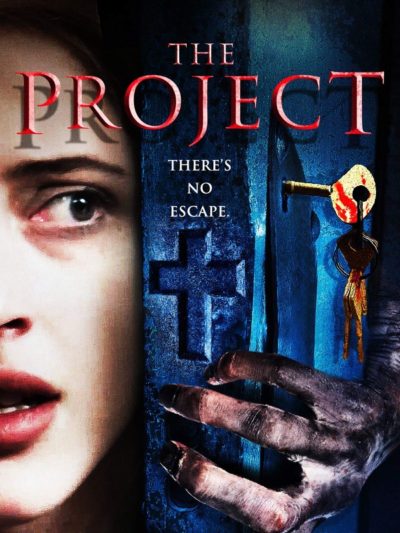 There are a couple of “I’m so sure” elements here, which hamper the narrative. The criminals have a habit of blithely detailing their plans within earshot of Melody, and she also has a cellphone throughout the entire ordeal. I’d be having a word with my henchmen about their security protocols. Yet when she calls the police, they’re inexplicably unable to trace her location? What is this, 1986 or something? The deeper we get into it, the more the viewer finds out about the circumstances, which are not exactly as they initially seemed. This does help explain things like Melody’s inopportune presence during the body disposal, and Devin’s willingness to stand up to Jake, yet may raise as many questions as it answers.

On the other hand, there are some elements on the edges that might cut the film some slack. Melody’s disintegrating mental state, for one, which causes an alter-ego to join her in the basement, offering helpful (or not) advice and sarcastic commentary. It also means we’re unsure whether she can be trusted. Is her father really dead, and if so, what were the circumstances of his death? Because it’s clear that his relationship with his daughter was fraught at best, with her demanding a degree of independence, he felt she was incapable of supporting. I will say, Melody’s split personality is nicely executed, the actress turning in a dual performance that feels like two separate characters, without going all Andy Serkis as Gollum on us.

The rest of the cast are less impressive, particularly Cork as Melody’s ex-boyfriend, Zack, where the actor largely lives up his name. The other problem is that much of the running time appears to consist of Melody in a single room, either on the phone with Zack, the cops, etc. or listening to criminal arguments elsewhere in the house (top). These scenes are generally dull to watch, with Rhiness not appearing to provide much that will jazz it up. Interest is just about sustained to the end, though the revelations are hardly worth the wait, and you may well have got there first. I was hoping for more from an idea that sounded interesting on paper; it ends up being as generic as its title.