Perhaps surprisingly, this is not the first “pregnant woman gets ordered to kill by her unborn foetus” movie, having been beaten to the punch by a good quarter-century by France’s Baby Blood. That took a black comedy approach to the topic which, to be honest, is really about the only possible way it could succeed. I was thus expecting something similar here, only for it to be… a big slice of nothingburger, populated entirely by characters you feel the world would be better off without. 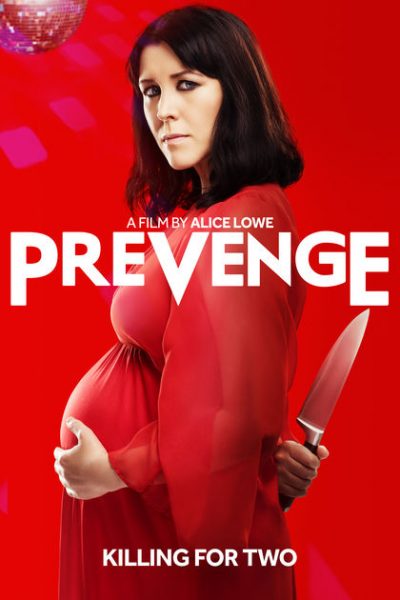 There’s certainly no sense of escalation here. We’re dropped right into Ruth (Lowe, who actually was about to pop out a sprog at the time) slitting the throat of a sleazy pet-shop owner, apparently at the behest of her unborn child. There’s no father in the picture here, for reasons why slowly become apparent over the course of the film, and which may explain the choice of Ruth’s victims. Though is her baby-to-be actually giving the orders, or is that voice in Ruth’s belly, merely a manifestation of her own mental troubles?

If that angle had been examined in more detail, this might have been a bit more productive. Instead, it’s remarkably… well, boring, given a concept which you’d feel could hardly be anything other than entertaining. Each of the deaths is preceded by a slab of chit-chat, mostly of the remarkably tedious and banal kind, such as D.J. Dan, or the job interviewer who has absolutely no interest in giving Ruth the job, but daren’t say specifically it’s due to her pregnancy. The longer this goes on, the less interesting it becomes, and about all it has to offer is the occasional droll aside from the heroine. There’s dead-pan, and then there’s just… dead.

From what I’ve read about its production, it went from zero to shooting very quickly – and you can perhaps tell, since it all feels very rushed and half-baked. Even allowing for the divergence from horror comedy into something apparently aiming for social satire, there’s still the decent germ of an idea in here, about the “psycho preggo” and the gulf between how society expects the expectant mother to behave, and how she may feel inside. Alternatively, the film could have played off the refusal of everyone else to accept the notion, that maternal instincts could be replaced by something murderous.

Instead, it appears to take place almost in a vacuum, with no-one outside Ruth and her victims existing – save for a Halloween wander through the streets, where Ruth is about the only person not pretending to be somebody else. It’s all very underwhelming, and not helped by a trailer that significantly overplays the very minor quantity of black comedy present here. Even when we discover the (sorta) truth behind her mission, it’s too late to trigger any sympathy for the pregnant devil. If I wouldn’t quite call this a cinematic abortion, it certainly seems premature, and likely borders on a miscarriage.