I have to say, French wives appear to be remarkably chill. In the (thoroughly unlikely) event that I was to say to Chris, “I have a surprise for you,” and that surprise happened to be a random young girl I’d picked up on the beach… I doubt very much her response would be “Have breakfast! I’ve gotta dash, but you two have fun…” Yet that’s exactly what happens here, in what can only be a fairly blatant slab of directorial wish-fulfillment. Of course, the whole thing is basically this. I grew up by the coast, and can confidently state, the beaches near me were never blessed with a trio of EuroTotty washing up, desperate to lose their virginities. 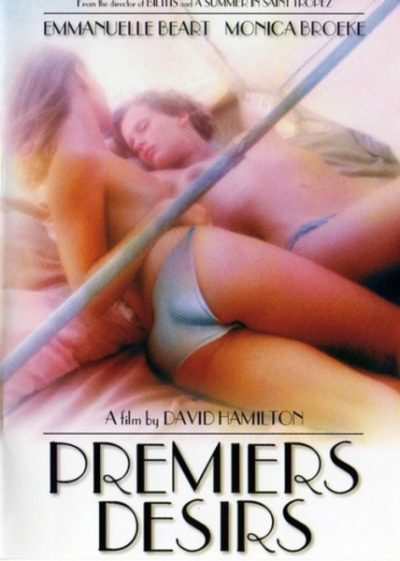 That’s the foundation here, with Caroline (Broeke), Hélène (Béart) and Dorothée (Schüte) who arrive on the shore of an island after their boat is caught in a storm. They decided to stay for a bit: Hélène and Dorothée meet a couple of the local boys, but it’s mostly about Caroline, and her attraction for rich property owner Jordan Jordan (Bauchau – and, yes, seriously that is his name). He has a wife, Julia, who’s a concert pianist, but Jordan resents her career. Caroline, meanwhile, thinks Jordan rescued her after the shipwreck, and appears to have imprinted on him as a result. As mentioned, Julia is unfazed by the arrival of the new hotness, and happily leaves for a performance in Caracas. One tragic plane clash later, and Jordan very quickly forgets he had a wife.

That’s actually the least interesting section of the film, I felt, because it all felt so utterly implausible. More credible was the other two girls, hanging out with guys their age, even if one of them, Max, was far too nerdy. I mean, he even had glasses! Of course, he totally misreads the situation, which is exactly what I’d have done if the 20-year-old Béart and her pal had said she wanted to chill with me for a bit. Sadly, there’s not much closure on this. While we never find out if Max manages to get his end away, there is a sense of mutual emotional exploration there, which feels more authentic than the rest of it.

As you’d expect from Hamilton, this is all nicely photographed, while the three young women are attractive, and very comfortable with their bodies. [I’m quite comfortable with them too] At least they are in their twenties, so there’s not the same sense of… concern as perhaps with some of Hamilton’s other work. This was his final film, and his reputation was rather tarnished by his suicide in 2016 – a week after he was accused of rape, with the victim being 13 at the time of the alleged assault in the late eighties. That makes his legacy problematic for some, but even putting those aspects to one side entirely, this is really rather dull. It feels more like flipping through a coffee-table book than a proper movie.