That rating is actually something of a miracle, considering how close I came to DNFing this in the first twenty minutes. Those were truly a chore, beginning with the use on the soundtrack of The Teaches of Peaches [It has been more than a decade since South Park lampooned its overuse]. This was followed by our introduction to characters who bore no relation to actual human beings at all, spouting pretentious dialogue which could only be badly scripted. My attention was on life-support, with my finger hovering over the “off” switch. Then plot happened. 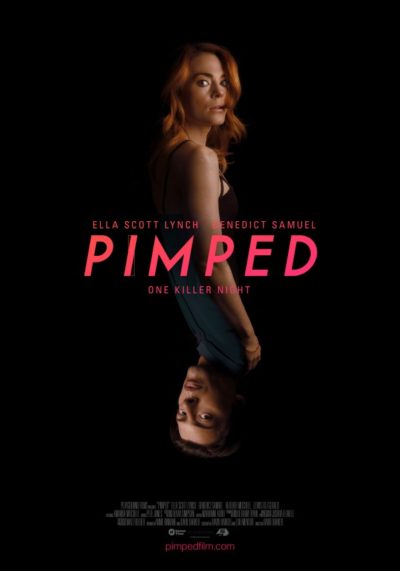 In particular, it happened to Sarah (Lynch), a woman with her fair share of mental issues, including a non-existent companion a la Fight Club. Picked up in a bar by the charming Lewis (Samuel), it looks like the one-night stand she wants, except he switches out for less attractive room-mate, Ken (Goldsworthy). Feeling understandably violated, Sarah responds by the enthusiastic application of a golf club to Ken’s head. This leaves both her and Lewis with a problem, and it’s a Mexican legal standoff, since neither can exactly go to the authorities. Rapist and rapee have to team up to dispose of the body and cover up the crime. This process becomes considerably more fraught when Ken’s parents turn up unexpectedly, and begin asking pointed questions about their son’s whereabouts.

If you can put aside qualms about the implausibility of some aspects in this scenario aside, it’s a decently twisted and nasty little thriller. Sarah and Lewis are not perhaps as far apart as their initial circumstance might appear: the line, in particular, between predator and prey is blurrier than normal in this kind of rape/revenge film. Their sparring for superiority, e.g. her demands that he write a note of apology, is what propels the middle 40 minutes, and it’s when this is at its best. The arrival of Ken’s parents makes it shift almost into black farce, as they have to pretend to be a couple – not easy, given the circumstances. Things then go in a direction that makes sense, if you’ve been able to put the pieces together. Had the credits rolled then, I’d have been satisfied.

Except, they don’t. Instead, we go back into the self-indulgent nonsense which crippled the opening of the film, with a finale that drags on, far beyond what’s either appropriate or necessary. If there was a point to this coda, it was entirely lost on me, and the fragile shoots of positivity I had been feeling, were mercilessly crushed. The performances eventually grew on me; Lynch plays both her character and the imaginary friend, which is a big ask for any actress, yet is reasonably successful here, while Samuel reminded me of a young Tim Curry. However, most of Barker’s stylistic affectations seemed based on the principle, “What would annoy the hell most out of Jim?” That’s not exactly a recipe for my approval, funnily enough.