It has been a little over twenty years since this came out, the debut feature from a director who would make only three more features, before passing away from cancer at the tragically early age of 46. As cinematic debuts go, I’m hard pushed to think of a better one. This is a mind-fuck of the highest order, and a salutary reminder of why I used to watch anime. Y’know, back before goddamn Pokémon became its top-grossing feature film ever, and almost the entire industry vanished up its own juvenile audience.

Mima Kirigoe (Iwao) is one-third of Japanese idol group CHAM!, up until she announces she’s tired of the business and is quitting for an acting career. Some fans are unhappy, not least Creepy Disfigured Stalker Guy (Ōkura), who may be connected to a website called “Mima’s Room”. This relates every aspect of her day, in disturbing detail, down to the milk brand she buys at the market. Mima gets a choice part in a detective series, Double Bind, playing a sexual assault victim who goes insane after the event. 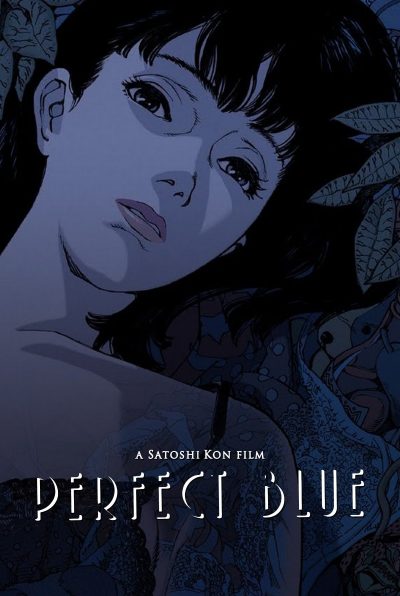 However, life is rapidly converging with art, Mima’s reality becoming increasingly hard to separate from an alternate version of herself, who remained a singer – and is apparently all the happier for it. People are turning up brutally murdered, including the series scriptwriter and a photographer who shot Mima in a salacious set of photos. Stalker Guy keeps showing up on set, and the lines between reality, TV show and madness all but evaporate, with Mima increasingly uncertain whether she, or her other personality, is a killer.

I was struck by how much this resembles an Italian giallo, and it’s not just me who thinks so. Guillermo del Toro called it, “A Giallo for all. And, dare I say it? Perhaps one of the most intricate ones ever made. In any medium.” As evidence, Russ Fischer said the giallo genre was “defined by outrageous production design, bold close-ups, intense color, memorable scores filled with sighs and shards of sound, and strange, gruesome murders performed by a very particular type of villain.” Blue checks all those boxes – not least the neo-industrial score from Masahiro Ikumi, which could equally well have been by Goblin.

Another quote from Fischer is just as applicable, in terms of the style embraced here: “Nightmarish but enthralling male-fantasy thrillers, tuned to a sexuality shaped by pin-up magazines, rock and roll, and the heightened, aestheticized world of movies and advertising.” Those influences are basically the world in which Mima operates – if you’re flexible enough to include CHAM!’s brand of perky J-pop in “rock and roll,” anyway. The film both seems to condemn and embrace enthusiastically the fetishized depiction of its lead character. The audience basically becomes Creepy Disfigured Stalker Guy, privy to every intimate details of Mima’s existence.

It has dated remarkably well, despite some dialogue clearly originating from the primordial slime of the tech era:
“It’s an Internet home page.”
“Oh, that thing that’s been popular lately! And what is it?”
“How can I describe it? It’s kind of like computer networks.”
Otherwise though? Prescient to an almost Videodrome-like level. In particular, much of what it has to say about online fandom, celebrity culture, tension between public and private personas, the entertainment industry and mutually-agreed exploitation is arguably even more relevant now than at the time of the original release. Yet, it’s not the portrayal of toxic fandom some commentators have painted it as, with the real problem the business itself – the producers, not the consumers. Check with Kevin Spacey and Harvey Weinstein about that.

While originally slated as a live-action adaptation, this is an idea perfectly suited for animation, and Kon goes full-bore into making the depiction of the various worlds seamless. There’s nothing to separate what’s real, from Mima’s performance, from what her mind is creating. When Creepy Disfigured Stalker Guy attacks her, did that happen? Was it part of her performance as an actress? Or just the product of a deranged imagination? The result is hopefully as close as I’ll ever get to having my own psychotic break, because the viewer is left unable to trust their own eyes. 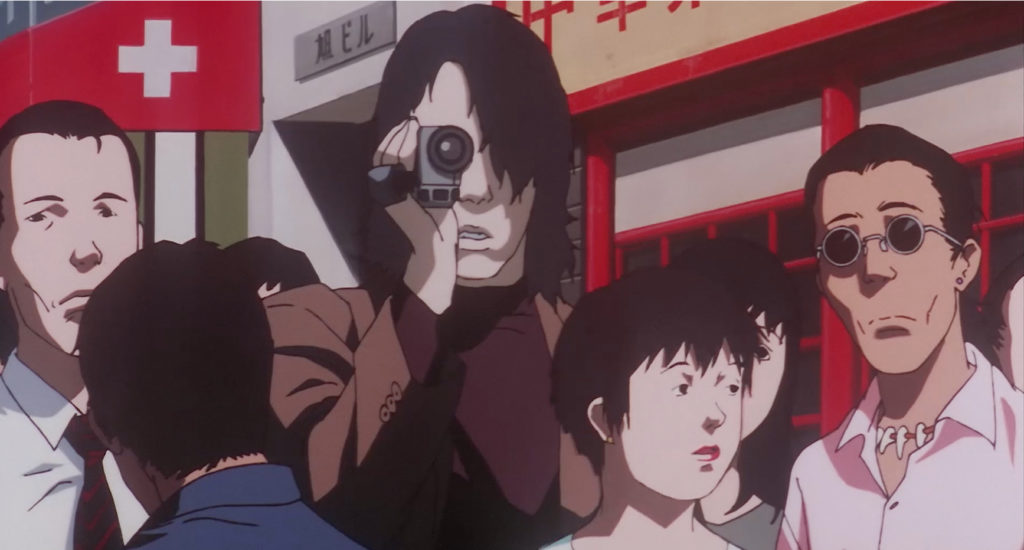 It’s all extremely disconcerting, in a way rarely managed in mainstream cinema. Rarely, but perhaps not never – for its influence on Darren Aronofsky is particularly obvious: he reportedly bought the remake rights to Perfect Blue, so he could use elements in Requiem for a Dream. And then there’s Black Swan, with all its thematic and structural similarities which – despite Aronofsky’s denials of influence – merit an article in itself. /files that idea away

Questions of identity and self are often raised in anime/manga: they are at the heart of Ghost in the Shell and Battle Angel Alita. Yet rarely in such a sceptical way as here. For fame, according to Perfect Blue, is an ugly and dangerous thing. It’s not quite clear what the benefits of it are supposed to be for Mima, who lives in a tiny apartment, and those who don’t have it, appear almost universally to be jealous of, or cruel towards, those who do. Yet it’s got a twisted optimism to it, albeit in a Nietzschean way: what doesn’t kill Mima, seems to make her stronger. Perhaps not coincidentally, in 2011, that adage became the inspiration for a song by another manufactured pop star, Kelly Clarkson.

Exquisitely-well plotted, to an almost Hitchcockian degree, this psychological horror makes no concessions to being anything except intended for a mature audience – and not in a tenticular way either. As such, it’s probably one of the anime movies I would pick to show someone, who thought of Japanese animation solely in terms of narrow tropes like robots and high-school hi-jinks. This would yank the carpet out from under their feet, make no mistake about it, causing them to contemplate the perpetual tension between ourselves and the image of ourselves we try to project – particularly, but not exclusively, online.