There have been films about zombies before. Hell, there have been films about strippers fending off zombies before (the subtly named Zombie Strippers, for example). But this one adds, of all things, baseball into the mix, so with three of my favourite things included, how could it go wrong? Okay, I was pretty much already sold at zombies. Or strippers. 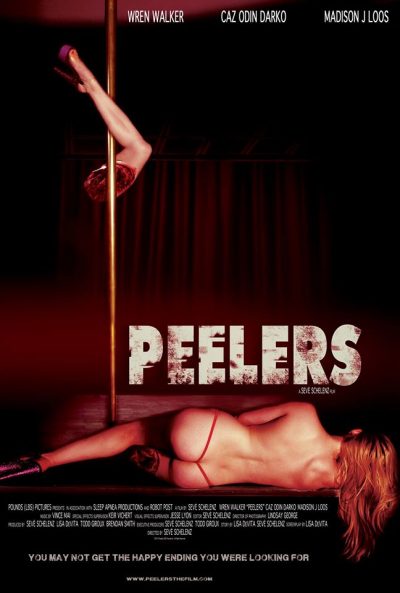 Anyway, this takes place on the last night of business at a small-town strip-club which is about to be sold. It runs under the watchful eye of manager Blue Jean (Walker), a former ace pitcher who handles the girls and deals with troublesome customers, while also wrangling her kid brother and personal life.  These, however, are trivial concerns, compared to tonight’s main issue. A bunch of workers at the nearby mine show up, ostensibly to celebrate one of their number’s birthday. However, one of their number was exposed to a mysterious, unpleasant black ooze seeping up from the ground, and is feeling increasingly ill as a result.

You don’t have to be psychic to figure out where this is all going, and there aren’t many surprises in the plot – except perhaps the story of why Blue Jean drives around a police-issue motorcycle [frequently referenced during the film, finally explained in a scene inserted into the end credits]. It’s still a remarkable amount of fun, an unrepentantly trashy romp that embraces both nudity and violence with equal enthusiasm. The first half is mostly about the flesh, as we get to know the patrons and, in particular, get up close and personal with the staff of the establishment. Certainly raunchy stuff, culminating in one stripper giving the whole front row a golden shower. [Nothing like that ever happened in the Canadian strip-clubs I went to, but that was back in 1998!]

However, I should stress, the script and direction still put the effort in to create decent characters. Blue Jean, in particular, is a great bad-ass, but the rest have their quirks and foibles which make them seem more like real people, rather than just lightly-clad zombie snacks. Which brings us neatly to the second half of the film, where the carnage kicks in, and since the monsters here are damn near unstoppable, they require appropriately heavy-duty opposition. Things are artfully constructed to work within the single location, and this, along with a brisk pace, should distract the viewer from tricky questions like, “Why doesn’t everyone just leave?”

It’s certainly a sharp change from Schelenz’s debut feature, Skew, a found footage film which relied on atmosphere for almost all of its impact. This is far less thoughtful – and doesn’t give a damn either, being more than happy to function as a pipeline for copious quantities of the three B’s beloved by Joe-Bob Briggs: blood, breasts and beasts. Though here, we can perhaps add “baseball”, since according to Schelenz, “the structure of the film itself is revealed like a 9-inning ball game.” I’ve now seen the film on multiple occasions, and I’m still not sure if he’s serious. Guess I’ll just have to watch it again – and, this time, try to be less distracted by the other three B’s…