First things first. This is not a Scott Adkins movie, despite what much of the advertising very clearly wants you to think. It’s blatant mis-selling, since he gets little more than five minutes of screen time. So anyone watching this purely for Adkins is going to be highly disappointed. That’s a shame, as taken purely on its own merits, I found this thoroughly enjoyable. Admittedly, part of the appeal is likely the novelty value: it’s the first film I have ever reviewed to come from Egypt. So there’s that. I should also say it is hampered by some bad dubbing, which sees most of the characters, supposedly either Egyptian or British, possesing American accents. At least they didn’t dub Adkins. 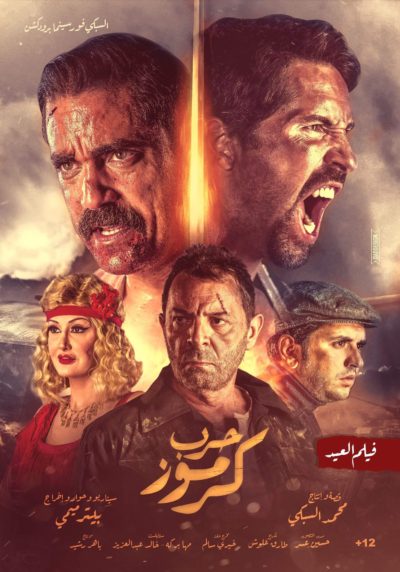 It takes place in Alexandria, in what I guess is the later stages of World War II. At the time, Egypt was still occupied by Britain, and the soldiers garrisoned there did not behave well. General Yusuf el-Masri (Karara) runs the local police, and arrests two Tommies after they attack a local woman. Unfortunately, one is the nephew of British command officer General Adams (Sharaf El Den), who demands the prisoners’ release. Yusuf is having none of it, and refuses, causing Adams to mobilize his troops and lay siege to the station. He declares Yusuf a mutineer, and threatens to turn other local police officers against him, a tense situation which Yufus needs to defuse.

In some ways, this plays like an Arab version of Assault on Precinct 13, though with the brave locals struggling against imperialist oppression [for which I can only apologize – please let me know where I should send the reparation cheque], it feels like a cousin to the Chinese Wong Fei Hung movies. The production values are impressive, even if characterization is a little light. Though even dubbed, Karara has good screen presence. It certainly reflects a male-dominated culture: the only female character of note is a prostitute (Abdulrazeq), trapped in the station after going there to renew her license. I’ll take “Things I didn’t know about 1940’s Egypt” for $600, please: that in this aspect, it was more liberal than many Western countries at the time.

Along those lines, there’s an odd scene near the beginning where Yusuf physically abuses his sisters for not referring to him properly. I presume this made more sense to the local audience, since to Western eyes, it hardly comes across as heroic behaviour. Speaking of macho, Adkins eventually shows up as a British soldier called just “the crazy one” in the credits. He’s also Scott “Boyka” Adkins there, which presumably explains his unexpected presence; I guess the Undisputed franchise is big in the Middle East. Unleashed by Adams to cause mayhem, the crazy one kicks ass for a bit, before getting a decent brawl with Yusuf. However, by that point Adkins was more of a bonus than the raison d’etre. Between the novel setting and the solid siege pic this provides, I had already been more than adequately entertained.