Re-titled, apparently to confuse some people into thinking it was part of the Sicario franchise, I was not fooled by this going in. But I was still thoroughly disappointed. I was hoping for Henstridge to be kicking cartel ass for the majority of the running time. Instead, I got some pre-pubescent moppet running around the corridors of an assisted living facility. It takes place on the East coast, as a monstrous storm has arrived, cutting off communications to the area. Stuck in the neighbourhood is federal agent Cole Bennett (Mandylor) who was supposed to be delivering the husband and daughter of a witness against a Mexican cartel. However, they’re attacked on the way, the father is shot, and Bennett is forced to drop his charges at the nursing home run by Taylor Ward (Henstridge), while he heads out for help. Keen to finish the job and retrieve incriminating data, the cartel under Leon Ramirez (Perez) show up, with bad intentions in regard to everyone there. 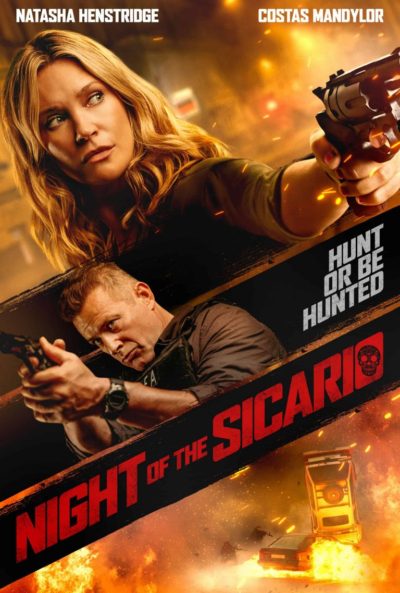 Well, somewhat bad intentions. Considering they’re only interest in the Fuentes family, you’d think they’d simplify matters by killing everyone else. This, however, is a kinder, gentler cartel, apparently intent on conserving bullets. Which would possibly have been fine, if the two biggest twists were not telegraphed so obviously. In particular, the location of the data in question was obvious, as soon as it was mentioned that this was what Ramirez was after. You then have to spend the next hour waiting for the idiots in the movie to catch up with the audience, and there’s precious little of interest going on over that time. It’s mostly the Fuentes’s daughter (Kendall), who’s hiding from Ramirez and his men, in the labyrinthine passages of a place that’s far too large for the half-dozen residents (no wonder Taylor is going out of business). I was hoping there’d be considerably more in the way of fogey violence, especially after one resident boards about his military background. But that’s largely a red herring as well, since he was a desk jockey

This was especially underwhelming considering that the old folk seem remarkably spry and savvy, given this is supposed to be an “assisted living” facility. My mother and mother-in-law both live in similar homes. Neither would be able to fend off a cartel invasion, shall we say. Despite Mandylor’s large presence on the poster, he’s absent entirely in the bulk of the middle, before returning to be involved the second, equally predictable, surprise. There’s even an unexpected amount of faith-based chit-chat here, so if you want a religious take on Die Hard in a nursing home, this could be right up your storm-swept street. I can’t honestly say it’s something for which I have been pining. While I still like both Henstridge and Mandylor, this is an underwhelming entry in both of their filmographies, and leaves me a bit more reticent to trust their names in future.