Well, that was certainly… something, just not what I expected. There are a number of interesting ideas present here, but the execution of them is so woeful, they are eventually drained of all entertainment value. By the time you get to the end, with its stock footage of buildings being demolished, it’s going to be a struggle to stay awake. You’ll wonder how all the potential could be quite so ruthlessly squandered. 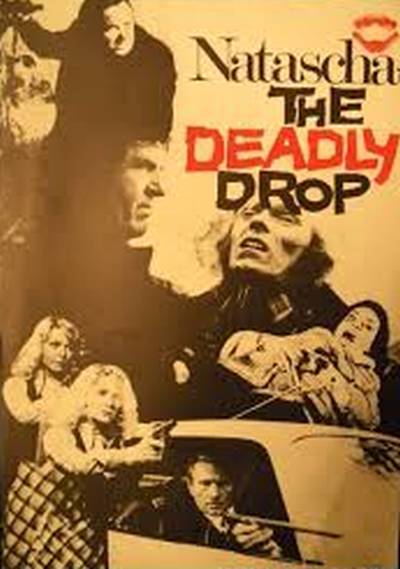 Despite taking place in Berlin, during the frozen depths of the Cold War, it’s relatively sympathetic to the Communists. They are being blackmailed by notorious terrorist for hire Sorov, who is threatening to take down the plane of Soviet President Brezhnev, when he flies in to East Berlin. To stop him, they insert agents Natascha (Riva) and Iwan Andrejewitsch (Bornhauser) into West Berlin, where it quickly becomes a game of Spy vs. Spy, between the KGB and Stasi on the left, against the CIA and West German state security forces on the right. At one point, there’s even mention of Chinese intelligence getting involved, but thankfully for my poor head, that just appears to be a passing whim. Though since it turns out to be in no-one’s best interests to have Brezhnev blown up, the lines between the sides get kinda blurred.

Despite the apparently serious intent, and some nods towards genuine spycraft, there are large slabs of this which smack strongly of parody. Witness the scenes at the airport. The West Berlin cops know their Eastern counterparts will be sending some people in – they encouraged the reports of Sorov to reach Communist ears, in order to provoke this attempt – but just don’t know who they are, and have to try to figure out who is the agent. This appears to consist of casting a wide net and beating up whoever falls into it. It’s all a dog’s breakfast in terms of tone, with a fair amount of violence – albeit largely off-camera – which is neither funny nor impactful.

The other point of note is Natascha, who in terms of glamourous Berlin spies, is about the antithesis of Lorraine Broughton from Atomic Blonde. As the pic at the top indicates, she’s probably closer to Rosa Klebb, in the pantheon of Communist women agents. Indeed, I saw a post on a German forum saying Riva was the star of a transvestite cabaret in Hamburg, which would… explain a lot, to be honest. But if so, she’s clearly an action transvestite, as Eddie Izzard put it, with lots of running, climbing and shooting of guns. And as such, it’s surprisingly refreshing.

It’s just a shame she gets buried under a story that appears to crash headlong into the Kurfürstendamm, just like Sorov’s plan for the plane of President Brezhnev. The second half of the film literally loses the plot, though the lacklustre dubbing certainly doesn’t help. This is the kind of film which they should be remaking, because there’s a sound central idea, and a hell of a lot of room for improvement.