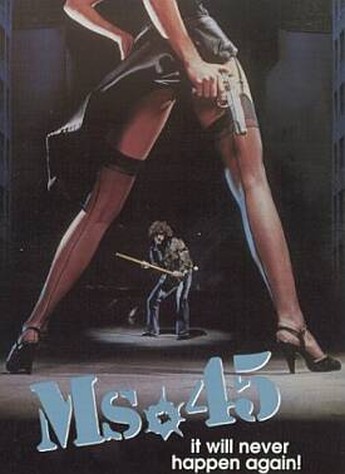 “I just want them to leave me alone,” writes the mute Thana (Tamerlis) in a note to one of her work colleagues – “them”, in this case being the entire male sex. And we do not exactly come over well here, with just about every man depicted here as a slobbering Neanderthal sleazeball, interested in only one thing, and prepared to use lies and violence to get it. It’s such an angry movie, and such a radically feminist approach was hardly expected from a man who made his feature debut with 9 Lives of a Wet Pussy. I would love to have seen the reaction in the 42nd Street grindhouses where this played, when the audience saw basically themselves, being shot, bludgeoned and chopped-up: not quite what they expected from the movie-poster. The interesting thing, however, is that Thana is, admittedly understandably, clearly unhinged by the experience of being raped twice in less than an hour, imploding thereafter into a world where a male threat lurks on every corner, and putting herself in situations where there is really only one possible outcome.

At its center is Tamerlis, who was 19 when this was made. It’s a wonder she didn’t do anything much the rest of her sadly-short life – except, it appears, copious quantities of heroin – for her performance here is one of the finest ever in the exploitation genre, especially given her lack of dialogue. Ferrara brings his usual spot-on awareness of street-life in New York to the proceedings [as attested to by Chris, who lived there at that time], capturing the feel of the urban jungle, and bringing the audience along with Thana on her descent into psychopathic vigilante work. It’s a near-perfect example of what independent cinema should be doing, not only tackling disturbing subjects, but doing so in a way from which Hollywood would still run a mile, even now. There are no easy get-outs or happy endings here. Well, almost none, with the final shot showing Thana’s inhumanity to man, does have its limits. Even this, however, is still done in typical Ferrara style, and fits the sardonic tone of the movie perfectly.

[Original review, TC2] Mr. Ferrara has had an interesting career, ranging from the notorious (and highly tedious) Driller Killer, to TV movies such as The Gladiator, recently shown here. This film (not to be confused with Avenging Angel) falls in the middle, chronologically, and is a lot better than either, thanks mostly to a great performance from Zoe Tamerlis as the mute who is raped twice in one day, which causes her to wreak revenge on every man who looks at her. She overcomes the difficulty of having no dialogue very well and Ferrara does what he does best, painting a picture of the City as Hell on Earth. One supreme moment with Ms. 45, dressed as a nun, kissing the bullets as she loads them up, which is simultaneously the stuff of fantasy and nightmare.