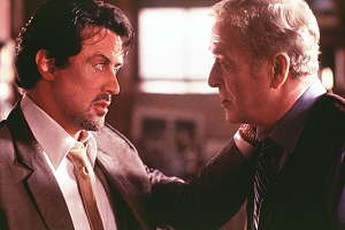 The problem is a combination of the script, which converts Carter from an anti-hero, into a guy who’s nice to women, kind to children, and probably fond of animals, and Stallone, whose delivery of the occasionally surviving classic lines destroys most of their impact. The supporting cast do their best, even if I suspect Caine was laughing up his sleeve half the time, and there are a couple of decent touches, such as a menacing scene in an elevator. It’s not enough. If you’d never seen the original, this could perhaps be acceptable, as an undemanding if equally unimpressive example of Stallone’s limited abilities; if you have, the ending in particular will have you screaming “Why? Why?” at the screen.