By coincidence, we watched this the same day as Goodnight Mommy. Though radically different in approach – this is considerably more conventional, and less obtuse, though still doesn’t lay all its cards on the table – they have a perhaps surprising amount in common. Both have an unreliable narrator, who is experiencing difficulty coming to terms with personal trauma, and drags those around them down into their personal hell as a result. They actually made a good double-bill: “Mommy issues”, if you like, even if here, the mother is more the instigator than a victim. 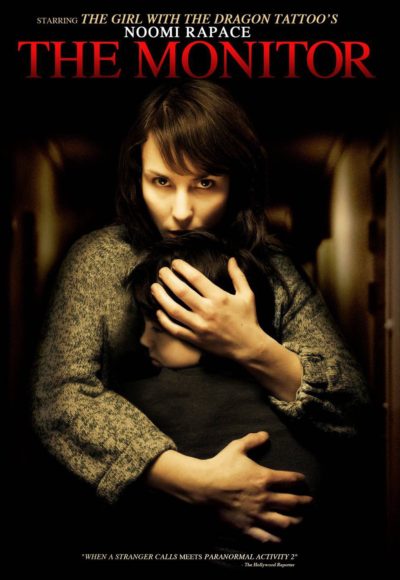 Anna (Rapace) and her nine-year-old son Anders (Werring) have been relocated in an apartment after escaping from her abusive husband. As a result of this, she is super-protective of Anders. She refuses even to let him sleep by himself, until social services insist, telling her such weirdness may lead to the father getting custody. To soothe her concerns, she buys a baby monitor from sympathetic store employee Helge (Joner), so she can keep an ear on Anders. Anna is understandably highly upset to be woken in the middle of the night by sounds from the monitor of a child screaming. Rushing to check on her son, he’s sleeping peacefully. So what was it the monitor picked up? Helge says it could be cross-transmission from another monitor in the block, so Anna makes it her mission to locate the victim.

Sletaune, who also wrote the script, does a really good job of slowly pulling the carpet out from under the viewer. At first, helped a lot by Rapace’s performance, it seems like Anna is a victim, deserving of nothing but audience sympathy. However, the deeper the film delves, the clearer it becomes that she’s not just a helicopter mother, but there are real issues underlying her behaviour. For example, when she takes her son to a nearby lake, there’s nothing there but a parking lot. We come to see these problems through the eyes of Helge, who is sympathetic to her plight, and forms a growing attachment to her. Yet even that has a darkness at its core, because how much of that attachment is a result of her resemblance to his own mother, who is seriously ill in hospital?

Again like Goodnight Mommy, there are multiple layers to unpack. This is, however, more straightforward in its depiction – or, at least, is fairer in its recounting of events. There isn’t information kept hidden from the audience that the characters know, and the viewpoint is almost consistently Anna’s. At the end, we discover this isn’t all its cracked up to be; emphasis on “cracked up”. Yet we also find she was privy to a truth that no-one else could find. It’s a difficult balance to strike, and I do have some questions, where the final explanation doesn’t appear completely to fit what happened previously. However, it’s more evidence that Rapace’s talents extend well beyond tattooed dragons.