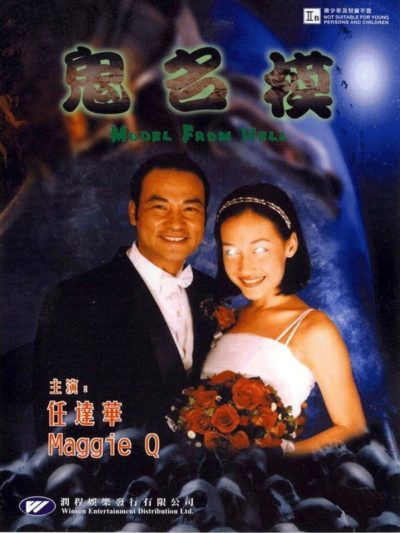 Unlike commentators on the IMDB, I don’t throw around the term “worst movie ever” lightly. I’ve seen enough to know that the bar is set far lower than most people realize, and certainly, far lower than, oh, Battlefield Earth. Thus, I won’t claim that Model From Hell is the worst movie ever. It should, however, certainly be in the conversation. We only got it because we like Maggie Q, and this was her first ever film, after a successful career as a model. But I’m now dying for someone to interview her and bring up the film, because this is truly the kind of cinematic stillbirth which doesn’t slow an acting career, so much as flush it down the toilet. That Maggie is enjoying very respectable success is impressive, because successful actors’ careers don’t usually start off like this. Though in her defense, she is not bad, and you can see why Yam showed up, since he gets to spend much of the movie swapping saliva with Maggie. There are worse ways to spend your day, I s’pose.

The plot starts off with Maggie being stabbed and set on fire by an attacker, who then throws himself into the flames. For the first, but not the last, time in this movie, the words “WTF?” passed my lips. The basic principle beyond that, sees Anna (Q) is hanging out on the beach, when she’s approached by a modelling agent, who encourages her to sign up with his agency. She does, but her subsequent success brings her rivals among the other girls there, who are particularly unimpressed with the way male model Leon (Yam) takes a fondness to her. However, it turns out Anna has mind-control powers, which she uses on two particularly irritating lechers, who joined a modelling class to pick up girls. Demonic Anna uses these to take our her rivals, but good Anna is struggling for control as well. The result is Anna with two heads. I kid you not. 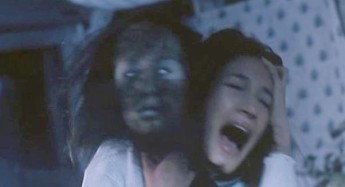 The above sounds a good deal more entertaining than the reality, because the execution is terrible in every way. For instance the second head, as shown on the left, appears to be a clothes-store mannequin which Maggie, ever the trouper, has to hold on to her shoulder while thrashing around. Other “special effects” involve wrapping her head in clingfilm and covering it in lumpy porridge and red corn syrup. Quite what this is supposed to represent escapes me – as does the entire concept here, because the script never bothers to explain what is going on. Instead, it spends way to long on the comic mugging of those irritating lechers, for whom urinating into a bottle and then throwing it at women is the height of comedy. Equally tedious is the copious amount of what Chris called “Maggie Q porn”, though I should stress this does not include any actual nudity. However, the way the camera leers over her, and the accompanying music, make it an entirely appropriate description. 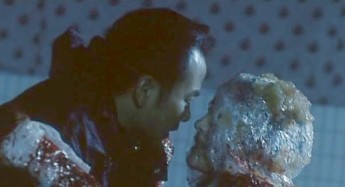 This could conceivably have been kinda fun, with a demonic supermodel slicin’ and dicin’ her way through her rivals. Call it The Naomi Campbell Story, and you’ve got a winner. As noted, it’s the yawning chasm here between paper and screen, which is problematic in every regard. Q has some presence, but it’s clear she’s never had to do anything except be a clothes-horse. Yam looks embarrassed to be there, when his face isn’t smushed against Maggie’s. The rest of the cast are forgettable at best, the production values are shit, and the writers appear to have bailed out entirely at the “synopsis” stage. The most remarkable thing is how Q’s desire to be an actress didn’t ended up down the toilet, along with the rest of this cinematic abortion.