You have to admire the capacity for double-think among certain groups. If even the most talented of white actors plays outside their race, the shrieks of disapproval echo far and wide, e.g. Tilda Swinton in Dr. Strange. But going the other way is apparently laudable. Which is why we have director Rourke coming out with statements like, “I was really clear, I would not direct an all-white period drama,” as if such prejudice deserves a merit badge for wokeness. This is how we get a black guy playing the English ambassador to the Scottish court, at a time when a rhinoceros in britches would have been more likely; Bess of Hardwicke is Chinese; and the Italian-born David Rizzo is a) played by a Puerto Rican, and b) in this version, is flamingly gay. Meanwhile, England’s greatest queen is played by an Australian, while Scotland’s is portrayed by an Irish-American. 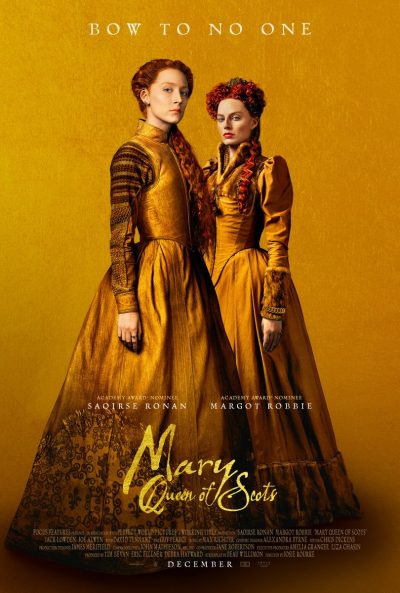 Of course, I should be used to this kind of thing. Remember Rob Roy, portrayed by that great Scottish actor, Liam Neeson? Or Braveheart and Mel McGibson? Hell, even arguably the greatest Scottish fictional character of all time. James Bond, hasn’t been played by one of our own for more than 35 years and the last four actors. But, guess what? I tend not to give a fuck. Braveheart still worked, because it wasn’t stunt casting to make some ridiculous SJW point.

Rourke said of Adrian Lester, who plays the ambassador, “He is one of our eminent Shakespearean actors… I don’t understand why you wouldn’t cast him.” I’m surprised I have to mansplain this to a supposed professional, but merely “being a good actor” doesn’t make you right for every role. Peter Dinklage is awesome. It would still be ridiculous to cast him in a remake of Conan the Barbarian.

This is probably the shit you get when you hire a theatre director to make a movie. It might fly on stage, where all-female versions of Macbeth or whatever are a thing. Cinema comes with different expectations, especially for movies based on pretty well-documented history [Braveheart at least had the benefit that William Wallace is almost unknown factually. Maybe he did speak ‘stralian…] You don’t get to bend the past to your politically-correct will, just because it doesn’t conform with your rainbow-hued views. A devout Catholic in the 16th century would not have been as pro-LGBT as Mary is depicted here. What Rourke does is little different from those idiots who claim the Confederacy were really the good guys in the American Civil War.

As for the film… Well, Miranda Richardson has a lot to answer for. Her portrayal of the Virgin Queen in Blackadder II has more or less destroyed my ability to take anyone else seriously in the role. This isn’t Robbie’s fault, but every time she opened her mouth, I was expecting something like, “Either you can shut up, or you can have your head cut off.” That would actually have provided a welcome blast of humour, in a film that is remarkably dour and downbeat.

The only person on the production who seems to be having fun was a severely hairy David Tennant as firebrand anti-Papist John Knox, getting his teeth into delicious lines like, “We have a scourge upon our land. ‘Tis worse than pestilence and famine. ‘Tis a woman with a crown!” Oh, and the film’s hairstylist, who appears to have come over on day-release from working The B-52’s tour: “You get a beehive! And YOU get a beehive. EVERYBODY gets a beehive!”. The rest of the cast seem to treat the business of being royal with as much enthusiasm as working the drive-through at McDonalds’, and this apathy inevitably rubs off on the viewer.

As a result, the intrigue never manages to… intrigue, eventually degenerating into various groups with beards yelling at each other. That doesn’t include Elizabeth, though it might as well: by the end, she’s plastered with so much make-up, I though Robbie was switching characters to play The Joker in Suicide Squad 2. And if you don’t already know why Mary is supposed to have a better claim to the throne than Elizabeth, don’t expect the film to explain itself. The answer is as elusive as Ronan’s Scottish accent.