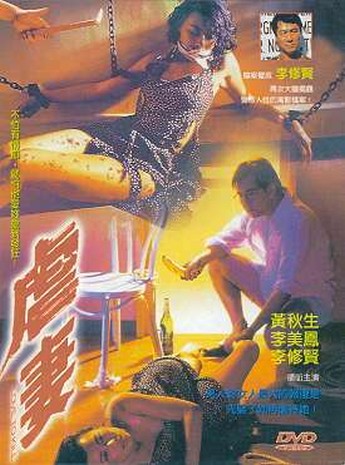 The same year  also saw Wong and Danny Lee team up for The Untold Story, and this subsequent knockoff shares much the same strengths and weaknesses: Anthony good, woeful attempts at “comedy” bad. Within five minutes, his character, a lawyer called Sam, is tying up a woman, putting a plastic bag over her head, and violating her with a beer-bottle. Oh, and it’s his wife. She escapes, finding refuge with cop Fireball Hung (Danny Lee), but only makes things worse, as Sam thinks she’s cheating on him. He kidnaps her mother and their young son, intending to wipe everyone out, just as his father tried to do to his family (that’s as deep as the psychology gets in this one).

From the very first shot, it’s clear Sam is totally loony, and Wong plays it to the hilt, all stares and blue-lit intensity. The contrast with his job as a lawyer is nicely handled, especially when he starts using Hung’s temper against him, and more of this would have been welcome. Especially if it cut into the dreadful humour involving Hung’s girlfriend. I can’t imagine someone said “what this movie really needs is a comedy slut,” but we get one, and in contrast to most, her death isn’t nearly painful enough. The final conflict between husband and wife is fabulous, creepy and brutal; you just wish there had been this level of intensity throughout. Oddly, the end credits roll over a series of scenes which don’t appear to be in the movie – is a director’s cut available somewhere?