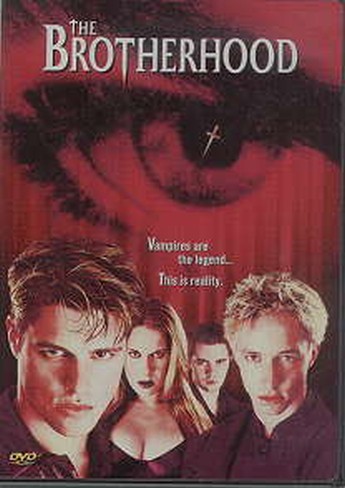 Back in the late 80’s, there was Jim Wynorski, Fred Olen Ray, and somewhere below these, even in the unfussy world of B-movies, there was Decoteau, putting out stuff like Creepozoids and Sorority Babes in the Slime Ball Bowl-o-rama. Since then, things have changed: he hasn’t got any more talented, but he’s certainly come out of the closet – which might explain why his attempts at sexploitation were such miserable failures. A bunch of very homoerotic vampires, with a fondness for white briefs, try to seduce a college stud-muffin – I believe that’s the word – into joining their fraternity, while his pal try to save him from…er, getting sucked off.

The script is woefully bad, with the only twist being given away by the video cover; the actors have clearly been chosen for their looks; there are no special effects to speak of. Yes, it’s just like the rest of Decoteau’s films, only without Linnea Quigley. There’s one plus point; it was Chris who actually bought this (she’s really very sorry!), and the next time she teases me about an alleged fondness for watching anything with lesbians in it, I’ll suggest we put her “gay interest” movie on instead. That should do the trick. 🙂 So you know what to avoid, the UK title is – perhaps more appropriately – I’ve Been Watching You.