This unfolds largely in flashback in the aftermath of a dinner party, to which six disparate young people were “invited”. Quotes used advisedly, since they were lured with the promise of $10,000 if they stuck out, what they believed to be something like a dating event. Their nameless host (Sprawling) and his butler (Phillips) welcome them into a palatial mansion, and the games commence. It quickly becomes clear that the host has done an awful lot of research on the attendees, and knows exactly how to press the guests’ buttons to provoke the desired reaction. Black, white, gay or straight – it doesn’t matter. But what, exactly is the agenda? 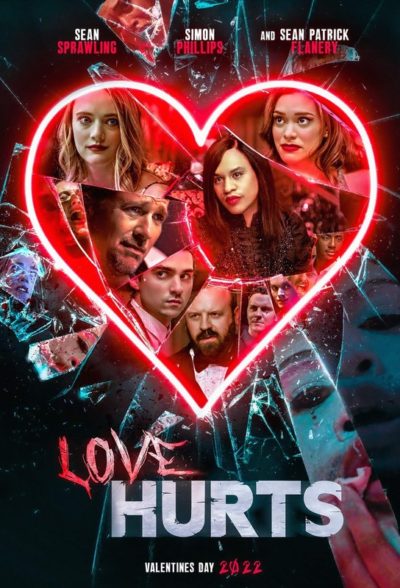 I guess the best way to describe this might be as a psychologically oriented version of Saw, with the tortures at hand being far more mental than physical. Though, having said that, as the wraparound to these flashbacks makes clear, this is a dinner party with a body count. Not everyone, or even a majority of the guests, will be able to cash in the expected bounty at the end of the night. The main problem, however, is that it’s just too damn talky. For most of the time it feels less like a horror movie, than a record of a somewhat confrontational group therapy session. You’re watching people being provoked, but I can’t say I ever particularly cared about most of them.

The bickering between then begins almost as soon as they arrive, and it’s not very appealing. Maybe one of the six has enough redeeming features to pass muster, and take you to the twist at the end, which might also remind you of the Saw franchise. I can’t say I saw the specifics of it coming, but nor was I exactly surprised. To avoid spoilers, let’s just say it seems a curious, complicated method to achieve an uncertain end. If I had those resources and was of a particular inclination… I’d not be hosting dinner parties, that’s for sure.

The nicest aspect of this is probably the cinematography, which is crisp and makes good use of colour. As things eventually topple over into violence and chaos, the cool, almost analytical approach persists, when lesser films might instead choose to switch over to a more frantic style. It just takes too long to get to the meat of the matter, and when you have a film that’s as dialogue heavy as this, the lines need to pop off the page. Too much of the chit-chat here is of the idle kind, and matters aren’t helped by the “woke” nature it sometimes exhibits. Social commentary in horror films is one thing; replacing the horror with social commentary quite another, and this tilts a bit too far towards the latter approach. I prefer my horror with more stabbings than moral lectures.