The demon Lilith (Rose) is on a mission, to punish those who abuse or mistreat women. Adopting a variety of forms, she fulfills this intent across the four stories in this anthology film, while pursued by detective Ryan Carson (Haley), and a priest whose faith is on shaky ground. Carson has a personal interest in the case, for one of his own children was a victim of Lilith’s vengeance, and this is the thread which ties the segments together. At least they were all directed by Hwang, which gives them a consistent “look and feel”, something often missing from this kind of film. The similarly-themed Shevenge, for example, looked more like someone had glued a selection of shorts together with sticky-tape. 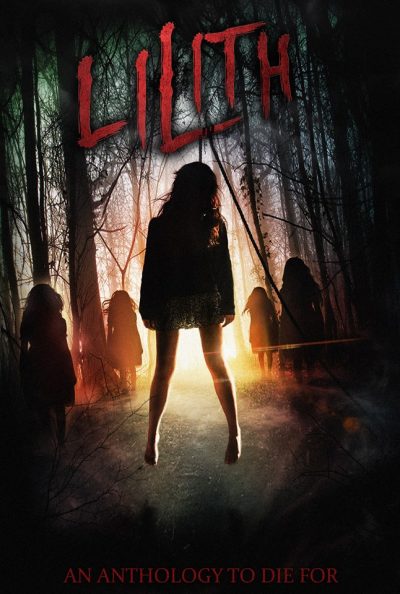 However, that’s about the main positive I can find here. On their own, each of the stories are simplistic and not interesting. A schoolteacher breaks up with his schoolgirl lover after she tells him she’s pregnant, and her classmates then try to blackmail him. A man (Wells), waiting to die and be re-united with his dead wife, offers Lilith his soul if she’ll drag the wife out of heaven, so they can both go to hell. A guy (Wheeler) who was just caught by his wife watching porn, hires a companion at the behest of a friend – who, naturally, turns out to be Lilith. And a serial killer has one intended victim taken from his grasp, after the angel of vengeance turns up at the door, looking nice and vulnerable.

None of them are very good.

There’s no sense of progression or escalation, and with different actresses playing Lilith each time, there’s not much in the way of substance. We don’t get to learn anything about her background, beyond the obvious mention of her being Adam’s first wife. Why is she operating in this way? How does she select those deserving a visit? Why wasn’t Harvey Weinstein higher on her list? These are all interesting questions, about which the film doesn’t give a damn. It’s too busy going through the rote motions of scummy men being punished, because #MeToo or something.

The effects are occasionally enthusiastic enough to merit a nod of approval, such as Lilith bathing in the spray of blood from a victim (top). But it’s mostly your standard B-horror stuff: competently enough executed, yet lacking in imagination that might have lifted this up the almost entirely forgettable. A couple of the performances just about reach the level of decent: in particular, the first segment, about the schoolteacher, managed to get my expectations up, and I was ready to be impressed. I really shouldn’t have bothered, because the other segments could accurately be summed up as, unlikable and/or stupid people being unpleasant to each other.

Admittedly, that arguably could be said about a good part of the entire horror genre. But my tolerance for this kind of mediocre output seems to be declining, the nearer I get to death. Funny how mortality works, isn’t it?