Crafting a horror-comedy is a balancing act, and most attempts end up tilting more towards one or other genre. This film actually does well in avoiding that pitfall. The bad news is, the balance it strikes is mostly because it’s neither very funny nor very scary. Against her better judgment, Kate (Feld) agrees to attend the bachelorette party of her largely estranged sister, Ange (Burgess), in a rural cabin. What could possibly go wrong? The re-union is on wobbly ground from the get-go, and the other two women in attendance are not impressed with Kate either. Such bitchy bitches being bitchy takes a back-seat after a muddy footprint triggers abject terror. For the cabin is about to be invaded by a family of ill-intentioned yet, fortunately, largely incompetent psychos, led by Jimmy (Lyon) and Christine (Shepis). 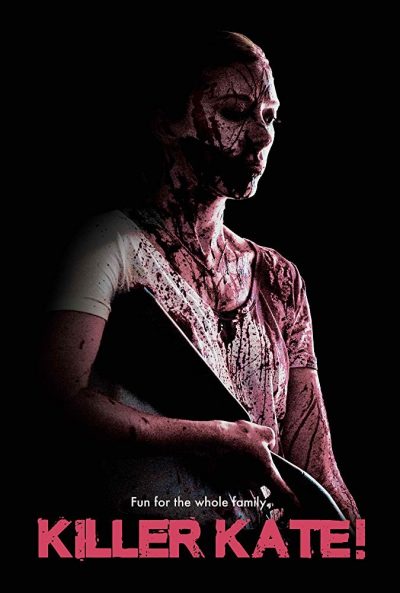 Initially, it seems like this might be heading into Tucker and Dale vs. Evil territory, with the psychos being portrayed as quirkily eccentric, while their victims come over as bland, whiny or stereotypical. Then you realize, there’s no role-reversal intended here, it’s just shitty writing. The whole subplot of the siblings’ estrangement has a lot of time devoted to it, yet is neither adequately explained, nor demonstrates relevance to the core story. Hence, there’s no reason for anyone watching to care. However, not for the first time this weekend, the main issue I had was the stupidity of everyone involved.

As far as the villains are concerned, this did at least seem somewhat deliberate, and it might have been fun had the world-weary and cynical Christine been developed further, trying to shepherd her side through their murderous mission. [At least Shepis brings it with her performance, as usual, until her character gaffes her way to collecting the cheque] But them being the very antithesis of the “unstoppable killer” trope causes its own problems, in that even marginally competent victims would be able to escape or defeat them. Hence: lobotomies all round!

After the final survivor – absolutely no prizes for guessing which of the four protagonists that is – tracks down the patriarch of the family, he does provide an explanation for what’s going on. However, by that point I was paying so little attention that I largely tuned out the yelling monologue which provided it, to the point where I honestly could not provide a 15-words-or-less summary of it. Maybe if it had shown up earlier, I’d have given a damn?

And having a baseball-bat wrapped in barbed wire, given a girl’s name by the wielder? Really? Did whichever member of the Feld clan was responsible for this, not get the memo that nobody has cared about The Walking Dead since 2014? Mind you, given the soundtrack couldn’t be more eighties if it showed up on a cassette-tape, it’s clear the Felds are interested in living in the past, rather than occupying the present or becoming the future of horror.