It’s a little tough to sit down, watch and then review a film that has already been so well received. Not because it puts any pressure to write a favourable review, but because, quite inversely, I was worried that my expectations (such as they were for a film of a type that I don’t naturally gravitate towards) would be too high, and so I’d find it disappointing. However, thankfully, this was not the case. The ‘A’ should have been a give-away.

In summary, Alan Turing (Cumberbatch) was a rather clever chap and a very awkward and prickly bugger who knew a thing or two about maths ‘n’ such. He was a professor at Cambridge university who helped out a bit during World War Two by breaking the unbreakable German Enigma cipher, whilst working at Bletchley Park. In the process he saved many (arguably millions) of lives. Now in fairness, Alan wasn’t alone as Greta Thunberg and Elon Musk also helpe…. sorry… he was also helped by a British Telecommunications engineer from Dollis Hill, one Thomas (Tommy) Flowers. Although Tommy wasn’t alone in helping the tetchy Alan, what does hugely irk is that Tommy simply does not get noted in the film. Not a jot. Hmmh. 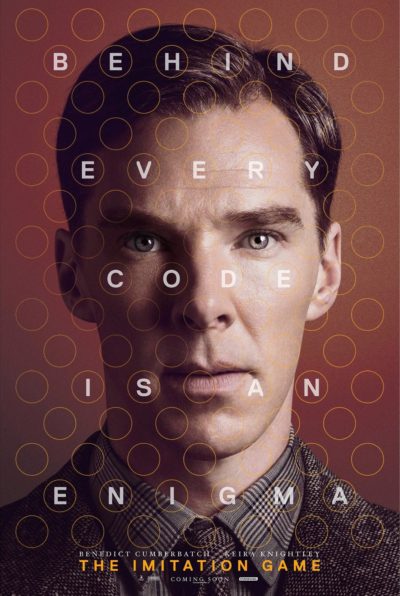 Anyway. Moving on. The film (sans omissions) is basically Benedict Cumberbatch inhabiting a man’s skin and showing him, foibles, frailties, strengths, weaknesses and all. His performance is simply stunning, captivating, enthralling, endearing, touching, human, inhuman, alien, and ultimately, hugely poignant and sad. As with all films it’s the ensemble that makes the whole, and in this Keira Knightley, Matthew Goode, Rory Kinnear, Charles Dance and Mark Strong are all capable, and Keira’s performance stands out, if only because she has the material to work with – and if you don’t think she can act, then watch this film and have a ‘wee ponder’. The others are variably, more or less, background figures, albeit with boots well-filled… even the spy… …whoops…

The plot? Well, it’s as above, a rather clever and difficult man works dysfunctionally in a team trying to do the impossible. And (gawd I hope that this is in no way a spoiler) they succeed. And if the film had just been about this, then it would still have been an interesting although not terribly compelling tale. Fortunately, however, the film takes a wider view of Turing’s life, his invention and how he was ultimately treated after the war, and that is in no small part is what gives this film its impact.

Overall it’s calmly shot, neatly paced and well sequenced, covering his complicated childhood and then later life, whilst naturally pivoting around his time at Bletchley Park. The childhood actors are brilliant, deftly realising their roles, particularly Alex Lawther who portrays the young Alan both delicately and beautifully. And I suppose that, right there, is the bottom line – for in this ‘no action’ film, it is the unrelenting quality of the telling of a compelling story about a complex man, that makes it stand out.

So, if a film about a maths nerd stuck in a shed with irritated colleagues (without Sheldon) sounds dull, then I strongly suggest that you still give it a look as, you never know, you may enjoy it. Right up to the ‘Rosebud’ moment – which is as horrific as it is tragic, sad and poignant, and I cried.

Coda: In 2009, following a campaign, the then British Prime Minister Gordon Brown made an official public apology on behalf of the British government for “the appalling way [that] he was treated”, and Queen Liz II granted Turing a posthumous pardon in 2013. All of which I find disgusting and hypocritical given that the poor man wasn’t alone in being treated so appallingly.