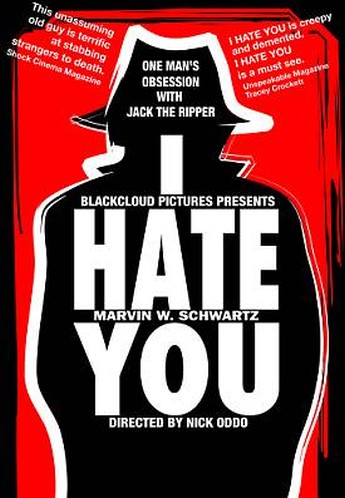 This is a good example of the kind of oddity that would likely receive any significant distribution outside of these box-sets, not least because it’s only 62 minutes long – rather than the 85 claimed on the box. I believe a longer version exists, running 77 minutes, but the editing is probably a good thing, as the idea might seem hard pushed to sustain a full feature. Norman (Schwartz) is an inept comic, vaguely resembling William Burroughs, whose routines are morbid and unfunny. Inspired by Jack the Ripper, he decides instead that becoming a serial killer is his key to fame. Except, nobody notices, his murders being relegated to a minor news footnote. Even as he incorporates his slaughter into his act, it makes no difference – not least because it’s still morbid and unfunny.

Schwartz is a good lead, because he doesn’t look like a killer at all. However, while there’s plenty of potential for black comedy, the lack of development is disappointing. There’s little sense of escalation; Marvin talks about, for example, ordering his audience to kill each other, and that, or even taking revenge on the club owner who bans him from the stage, would have made a satisfactory conclusion. Instead, it just peters out, and you’re not much further forward than you were five minutes in. The film does have something to say about humanity’s fondness for murder, yet how we have become desensitized to it, and this aspect is when things work best. The rest feels too rough and unfinished, and certainly needed more thought put into it, if the aim was to create something as darkly satirical as, say, Man Bites Dog.