While I guess this is technically a revenge flick, that element only shows up in the final few minutes. It’s very much a slow burn. Even after what you think should be the instigating incident, things still meander along for another hour, as the heroine wrestles with her conscience. She is Adele (Serna), a criminal defense lawyer in Madrid with a reputation as a bit of a bleeding heart, proclaiming “Society’s to blame!” at every opportunity. [If you have already worked out the rest of the plot from this, I would not be surprised] Her plans for a trip to her holiday home, with husband Jorge (Valverde) and their son, are somewhat disrupted by the theft of her car. 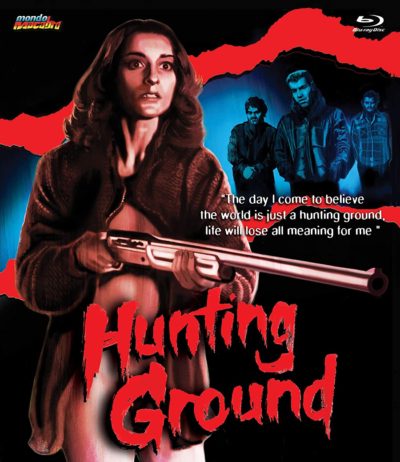 Worse is to follow, for the thugs who took it, led by Travolta (Romeu), find the holiday home’s location in the car, and decide to pay a visit. The family is supposed to have left, but return to pick up some legal documents Adele needs. In the resulting confrontation, Jorge struggles with the intruders, and is killed by a shotgun blast. The perpetrators flee, though Travolta’s epileptic brother has a seizure, and is left behind to be arrested. He resolutely refuses to name anyone, and Adele equally refuses to blame the gang, saying the weapon went off by accident. However, Travolta begins to make threatening phone calls to her demanding she changes her story, and after his brother dies in jail, blames Adele for the loss. He and his colleagues decide a second visit to her is in order…

Had this been sold as a social drama, I would probably be responding slightly more kindly. But the cover (above) sets certain expectations, which Grau appears largely uninterested in fulfilling. He’s more intent of exploring Adele’s family life and her reluctance to compromise her ideals for the purpose of vengeance – or even for the benefit of society. Because, as a colleague puts it, the perpetrators may be innocent today, but they’ll be guilty tomorrow. It’s quite sympathetic, and helped by a decent enough performance from Serna (as well, to a certain extent, Romeu). It’s also slightly different in that, when the long-awaited revenge starts, it comes from an unexpected source – albeit one which has been well foreshadowed earlier on.

The final few moments do appear to have wandered in from a very different movie. It certainly reminds you that Grau is best known for the most gloriously titled zombie film ever: The Living Dead at the Manchester Morgue. In particular, Adele receives a burning brand, in explicit detail, to a part of the body that made me wince severely. That this brutality takes place against a festive backdrop, feels like the director’s idea of a sick joke. Though since we’re here to see the whiny liberal shown the error of her ways, it all definitely feels like a case of too little, too late.