Ok, first off, I am a little confused. The copy of this I watched was clearly credited as directed by “Fred Amiel”. What his connection is to Mr. LeGare might be, I don’t know. Perhaps it was a pseudonym Danny adopted, after realizing that the film was, in fact, completely shit. Mr. Amiel does not appear to exist in the IMDb, so I am going with the theory above until proven otherwise. An alternative possibility: he directed the first eight minutes, which appear to be from a totally different movie entirely. Some bimbo exits a bar, decides to go to her boyfriend’s house and confront his wife. On arrival, she takes her top off, revealing the kind of fake tits I haven’t seen since we cancelled Cinemax, swims for a bit and then gets stabbed repeatedly. No credible attempt is made to connect this to the rest of the movie. 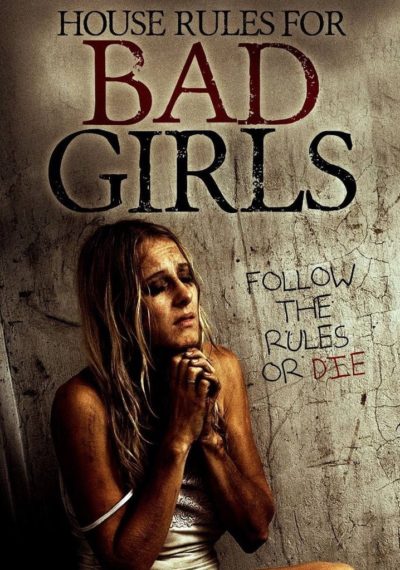 It’s a shame. Despite her performance being thoroughly dreadful, and her breasts being reminiscent of the Hindenburg disaster, it’s still the best the film has to offer. That I am 40% of the way through the review, and have not mentioned the plot should be a bit of a clue there. We then get a lengthy set of captions explaining something about private half-way houses for trouble young women. I wouldn’t worry, as there will not be a test. What matters is that Rebecca (Dywer) is being dropped back at such a facility – presumably the New Hope Manor of the alternate title – after going AWOL. We meet the rest of the residents, who are as annoying a bunch of cunts as you could imagine. ‘Becca is particularly whiny because someone keeps leaving cards with “rules”, such as not leaving the house, not using the phones, etc.  Things come to a head, because whoever it is, clad in a hoodie and mask, starts stalking and slashing the residents.

I could have tolerated this, if it had led to an interesting series of kills, with enthusiastic gore and gratuitous nudity. It doesn’t: one, possibly body-doubled set of boobs is it. The stalk and slash elements are handled by Mr. LeGare/Amiel with a complete lack of talent. You’d never believe horror could be so dull. This, coupled with the painful and annoying excuses for characters, will quickly have you wanting to gnaw on the veins in your wrist, as a possible escape mechanism. There is one who was slightly less annoying: a member of staff who appeared to have strayed in from A Handmaid’s Tale, and could barely get a sentence out without the word “slut!” – said just like that, giving it an exclamation point, regardless of its position in the sentence. She had clearly read the script and said “Screw this.” If the rest of the cast had followed her lead, we might have had a camp classic. Instead, it’s a poor entry, even by the low standards of teen slashers.