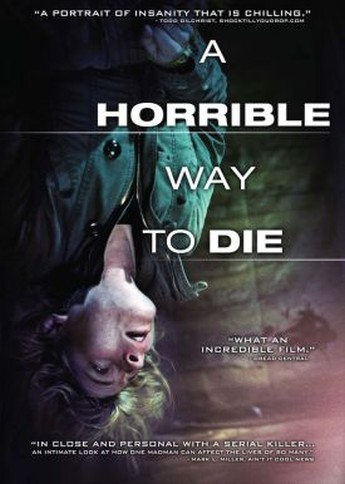 The story here is told in two separate strands – the main appeal is figuring out exactly how they intersected, and what will happen when they do so again. There’s serial killer Garrick Turrell (Bowen), who escapes from police custody and immediately begins heading across country, with a specific destination apparently very much in mind. Then there’s Sarah (Seimetz), who seems to have been Turrell’s blithely ignorant girlfriend, until she discovered his secret. The trauma turned her into an alcoholic, and she’s only gradually emerging from that, with the help of Kevin (Swanberg), whom she meets at her Alcoholics Anonymous group. Gradually, the two narratives approach each other, the film blipping between the past and present, revealing more about Sarah’s past. However, when they finally meet, events unfold in a thoroughly unexpected direction, and we discover that things are not at all what they seemed.

Unfortunately, it takes rather too long to get to that point, and the halves are not equally interesting. Nowhere near, in fact. Watching Turrell operate, both as he seeks to avoid the police, and as he demonstrates what got him put in prison to begin with, is both engrossing and chilling, because he is portrayed as being both smart and personable enough to get away with it. Watching Sarah whine, is neither; she comes across as someone you would actively leave a room to avoid spending time with, so being forced into her company, as here, doesn’t do the film any favours. There’s also what feels like a large leap in logic, during the flashback scenes, where she goes from being barely suspicious of her boyfriend, to visiting his lock-up armed with a pair of boltcutters. I guess the lesson for any women watching is, if you other half is going to such lengths to hide something from you ladies, it’s probably for very good reason.