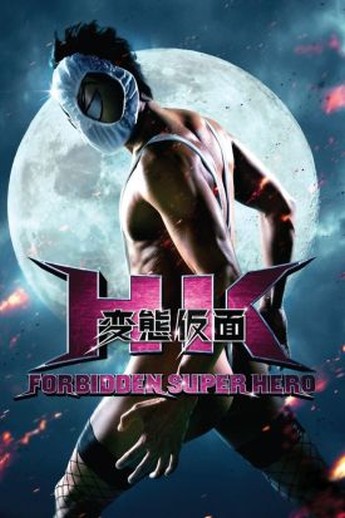 Definitely deserving to be filed in the “only the Japanese…” file, this is not as sleazy as you might imagine, with a hero that comes across as likeable rather than depraved. The results are probably all the better for it, going more for broad humour; if you think Carry On Spiderman, you’re probably closer than you’d expect, though the production values are also better than I expected. Based on a long-running manga series, which provides ideas such as the “spinning crotch attack,” this is at its best when throwing a barrage of ideas as the screen, and riffing on the basic concept. For, let’s face it, the superhero whom, inexplicably, nobody recognizes is ripe for parody e.g. Superman puts on a pair of glasses and becomes Clark Kent. There isn’t enough sense of progression here though, and less successful is the Big Bad, who never seems like much of a threat to anyone other than Kyosuke. I get the sense it might have worked better as a late-night television series, as some of the ideas here might merit broader development. Otherwise, find the trailer and you’ve more or less seen the movie.