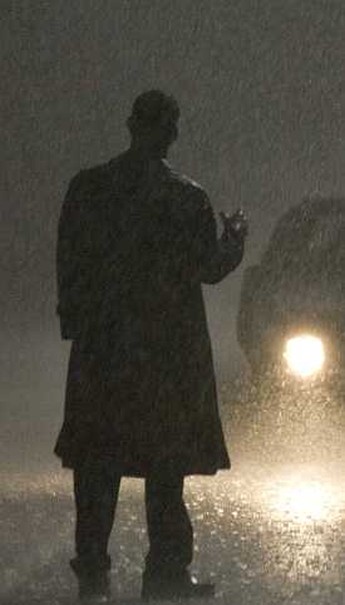 The weird thing is, while supposedly a remake of The Hitcher, it’s much closer to being a remake of The Hitcher II, which, like this, also dealt with a couple rather than a lone individual. Of course, what matters is the titular psychopath, who – in all three incarnations – terrorizes, torments and tortures his victims to their breaking point. That, in itself, is retained, yet just about everything else is lost in the remake. In the original, Hauer’s killer was a genuine character; here, poor Sean Bean gets about two minutes of dialog to establish his role, then is shuffled off to the sides, and from that point, largely only wheeled on for terrorism necessary to the plot. It also may be wide of the mark to describe Howell as an under-rated genius, yet his victim generated more sympathy in any one scene, than Bush and Knighton manage in 85 minutes. Perhaps it was his solitude: he had no-one to turn to – except a diner waitress, and we all probably remember how that ended.

The sequence does pop up here, delivered with some relish, and the impact is significantly less, since we are given little or no reason to care for the threatened participant. I’ve said it before, but it’s probably worth repeating: remakes should only be attempted when you can improve upon the original, if there is some flaw which is now within your capability to correct, and where you have something new to say. Say what you like about Neil LaBute’s The Wicker Man – and eye-rolling is likely involved – it did at least make an effort in the last of these three categories. That’s more than this does, and even if the original were not one of my favorite films [which, for obvious reasons, I now have a strong desire to watch], this could only be described as utterly pointless. Between an endless slew of remakes of 80’s horror and 90’s J-horror, it may be time for the genre to go into hibernation until someone come up with some fresh ideas.