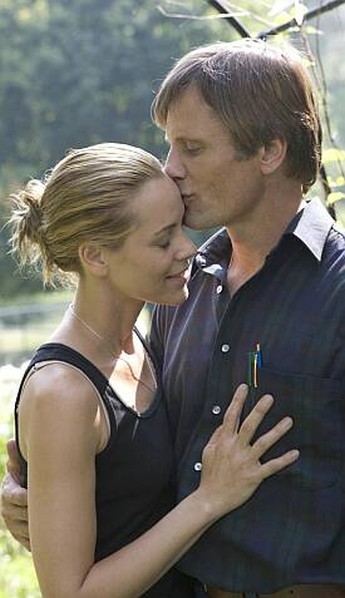 “Dear Mr Cronenberg. I wish to register a complaint. After hearing a radio advert for your new documentary, A History of Violins, I went to see it – to my surprise, there was not a stringed instrument to be found in it…” Er, or perhaps not. And while this is perhaps the most ‘grounded’ Cronenberg movie to date, I’m not convinced it’s one that would stand up to close inspection. This is mostly down to Josh Olson’s screenplay, which require convenient blindness to such things as fingerprinting, in order to prevent resolving the central plot issue here in, oh, about five minutes. Tom Stall (Mortensen) runs a diner in a small town: when he single-handedly defeats a pair of murderous thugs, he become a hero. But this also brings mobster Carl Fogarty (Harris) to town, convinced that Stall is actually a killer from Philadelphia, despite denials. So is Tom who he claims? And what impact will the explosion of violence have on his family? (Bello and Holmes)

The film is much more interesting before the first of these issues is resolved, and you wish they’d maintained an ambivalence about Tom’s identity – or lack thereof – for longer. Instead, it makes a definitive announcement on the matter relatively early, and from then on, the question of identity evaporates, and the film turns into a prosaic thriller. That’s a shame, as the potential here is enormous, for a more cerebral, thoughtful cousin of Last House on the Left, for example. Its nicely amoral: violence does solve at least certain problems, as both Tom and his son finds out, but is it worth the cost that follows? Both Mortensen, and Bello as his wife, are great, with the kind of well-depicted relationship rarely seen in films. It’s just a shame that, unlike many Cronenberg movies (Videodrome + Spider come to mind), its merits may rapidly be overshadowed by flaws on repeat viewing.