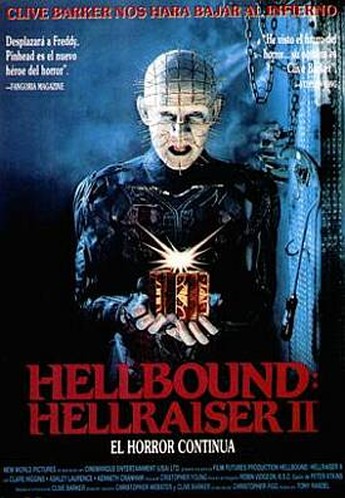 Has it really been more than 20 years? Guess so: this originally came out in 1988, and you can see below what I thought of it at the time (with enough plot that I won’t bother trying to rehash it here). with a bit more distance and clarity, it now seems all over the place. You can tell it was rushed into production, and seems to have been made up as they went along – it doesn’t so much possess a plot arc as a series of plot pick-up sticks. The focus is Kirsty. No, it’s Julia. Now it’s Tiffany. Wait, it’s Dr. Channard. Ah, sod it – let’s tear some heads off! Kirsty (Laurence) is perhaps the weakest link in the film, especially when trying to stand alongside solid, if slumming, classical British actors like Cranham and Higgins. They manage to take material that is often nothing more than exploitational [and I say that without any judgmental tone] or complete nonsense, and deliver it with more weight than they possess, such as Julia snarling venomously at Kirsty, “Take your best shot, Snow White!”

The rest of it is much as I remember. The film grinds in tedious low-gear to begin with, starts to accelerate when Julia is resurrected from a blood-soaked mattress, and hits full speed once the pain party shifts to hell. Really, for a six-million dollar budget, it’s one of the best depictions of the underworld ever, a sprawling, Escher-esque labyrinth of torments, overseen by the “WTF is that?” Leviathan. If the script’s grip on proceedings basically evaporates at this point, it’s probably for the best: the original never exactly portrayed Kirsty as being all that willing to go to hell – literally – for her father, and her efforts are derailed as soon as she meets Frank, happily believing his statement that her father is in another hell [I can’t help thinking of Super Mario Bros there]. The battle in which Channard-bite takes on Pinhead and his cronies is embarrassingly brief, but the film still succeed, perhaps because of its flaws, which may help enhance the nightmarish sensibilities on view.

PS. Yes, I know it’s really called Hellbound: Hellraiser II. But calling it that would totally fuck up the ordering in our A-Z, where I want to keep the franchise entries together. Sue me. 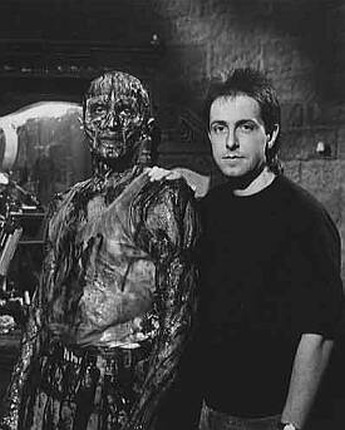 Original review: [TC 0] It is not easy to produce a good, “true” horror film. Too many directors nowadays rely on killing an endless series of teenagers (no matter however imaginatively it may be done) or lightening the tone of the film with humour as in Reanimator – not that this means the film is necessarily bad, of course, but it’s difficult to be truly scared when you’re laughing or playing “Spot the Next Victim”. Hellraiser was a rare exception, so not surprisingly the news that a sequel was planned was both good and bad news – given that the original was a huge leap ahead of anything else in the field, would they be able to maintain the standard, or even improve? Unfortunately, the answer is ‘No’. In some ways, it is better than the original, but overall, it is less frightening and is not a truly worthy successor.

The plot concerns Kirsty, the survivor of the first film. She wakes up in a psychiatric hospital, to find, not surprisingly, that no-one believes her story about pin-heads, peeled men and her step-mother claw-hammering people to death. No-one, that is, except for Dr. Channard, who runs the hospital. He has a nice collection of Lament Configuration puzzle boxes so when he hears about the mattress that Julia died on, he has it brought round to his house and ‘borrows’ an inmate from the hospital. This poor person is given a razor blade to play with, and the predictable result follows: Julia returns, minus her skin, and a few more residents of the asylum are slaughtered to provide her with a new one. Channard then gets Tiffany, a girl obsessed by puzzles to solve one of his Lament Configurations, and the gateway to Hell is opened. Meanwhile, Kirsty has seen an apparition of her father pleading for help; along with Dr. Channard, she also makes the descent into Hell, but to seek him…

Nice story – so what went wrong between the idea and the screen? It’s the dialogue that’s mostly responsible; it varies between sounding ridiculous and banal, causing the audience at the showing I saw to giggle now & then. The acting didn’t help either. Ashley Lawrence never struck me in the first film as being a great actress, and she hasn’t improved much since then. She isn’t the worst on view – that honour goes to Dr. Channard’s assistant (let’s not mention his name, it’d only embarrass him), who succeeds in being totally unconvincing. Fortunately, he is killed mid-way through the film, sparing us further agony. The only person to come out with any credit is Imogen Boorman, who plays Tiffany, but she has the benefit of being nearly mute, and so avoids the worst excesses of the dialogue. 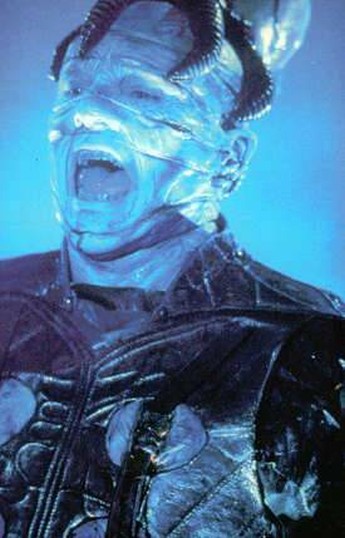 What rescues the film is the stunning visual side. Hell looks like a huge painting by M.C. Escher, full of endless corridors, archways and bottomless pits. The special effects are absolutely superb – Bob Keen and his team have produced an endless series of magical creations, the most remarkable of which is a new addition to the Cenobite ranks. Nowhere are the effects anywhere less than perfect, from the smallest trickle of blood to the giant Lament Configuration, Leviathan. There are many images to treasure and scenes that will stick in the mind, though how many will escape the censor is yet to be seen – the film has been submitted four times in the States and has been given an ‘X’ certificate, normally reserved for hard-core pornography, four times. How it will fare in Britain, where violence is frowned upon even more, doesn’t bear thinking about.

On balance, the set design, effects and make up just about save the film, and make it into something worth going to see. I hope that the film is a success, if only so that Clive Barker can be asked to return for Hell on Earth: Hellraiser III and we can see what his dark imagination can produce when given the opportunity and the budget. Mind you, I wasn’t that impressed with Hellraiser the first time I saw it, so I’m more than willing to suspend judgement for a little while!

[2] As promised, a re-review of this one, and a report on how it’s done at the BBFC. I stand by most of what I said in TC0; it is nowhere near as good as “Hellraiser”, the dialogue is rotten, as is most of the acting and the story line is weak involving a lot of running about. The hell scenes are impressive, on the other hand and the FX are astonishing – if the original wasn’t one of my favourite films, this would be quite tolerable. As for the cuts, scratch almost the entire mattress sequence, reduced to about three shots from around 90 seconds, both Pinhead and Channard’s cenobitization are cut, as is the scene where the Channard slaughters his ex-patients and the one where he loses his head. None of these, except the first one, struck me as being too blatant and the editing has been done well. Overall, it could have been a whole lot worse… [In 2004, when re-submitted by Anchor Bay, it was passed without cuts.]