I watched this film the whole way through just so you don’t have to.

In summary, Bass Reeves (Gyasi) is a black man working as a marshal’s helper in 1875’s Arkansas, who becomes the first black deputy marshal west of Mississippi for almost a whole day. In order to regain his very necessary employment. he volunteers to go after the lethal outlaw Bob Dozier (Grillo).  Aiding Reeves is small time crook Charlie Storm (Perlman) who, with a full pardon as incentive, volunteers to ride along.

“We got a Negro and a senile old man to bring in the most notorious outlaw in this territory… God save this country.” 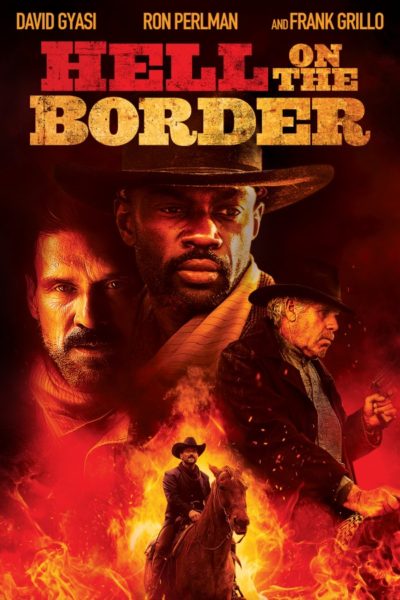 Along the way they will meet up with a rag-tag assortment of other helpers. and… You’ll need to suspend a very large amount of head-shaking disbelief very early on in this film, and also develop some form of anti-boredom mindfulness techniques, to then survive the following 90 minutes.

In fairness, it’s quite nicely shot, and…  Yeah.  It’s nicely shot.  The main antagonist is kinda okay in his own flavour of ‘mwah-ah-hah-ha’ evilness.  Otherwise Perlman does the best overall with the inane drivel that they have to work with. Overall the film begs the question, if Netflix has an excel macro that turns key words and plot-points into film scripts, with associated characters populating them, e.g. giving our kindly, stoic but inexplicably expert gunsmith Reeves childrenNumber = Int(2 + Rnd * (8 – 1 + 1)) children.

I really can’t be bothered to tell you what happens as, to be honest, you’re already imagining something far more entertaining than appears on screen, and also, it would be a struggle to explain quite how dreadfully turgid and flat it all is. Everything is at best told in 2D and cliched enough to remind me of the ‘original and good’ joke.  Although, in this case, the word ‘good’ is surplus.  As is the word ‘funny’.

It is all dreadfully, stultifyingly formulaic and I’m not sure that any of the characters are that sympathetic, given how thinly they have been drawn.  Even the ever-present racism feels clumsy and heavy handed, in lieu of any nuance to, or excitement within, the ‘plot’.

I’ll end with the final four notes I scrawled.  In order:

In summary: for most films, I need between two and three sides of A4 for my notes and comments. This ‘entertainment’ took two-thirds of one side.  Avoid.