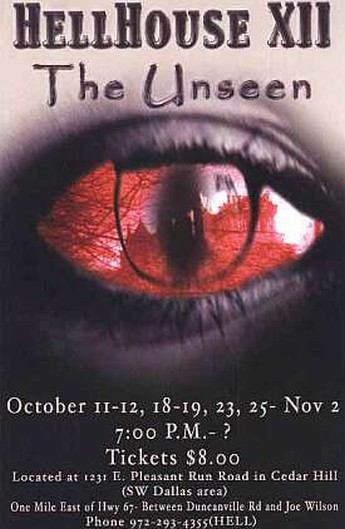 There is no fear in love; but perfect love casteth out fear: because fear hath torment. He that feareth is not made perfect in love.
1 John 4:18

This documentary looks at a Halloween attraction created by church members in Texas – but instead of the usual ghosts ‘n’ ghouls, they depict abortions, school massacres, drunk driving and other activities that send their participants to Hell, in an effort to scare visitors into the arms of the Lord. What you get from this is likely to be what you take in; committed Christians (as well as those who should be committed) will see brave evangelism in action, while the more sceptical will see people fearing and condemning what they do not understand – rave music, homosexuality, even the Internet.

Ratliff lets the cameras roll, and the result is too even-handed. Neutrality is one thing, but the total lack of any direction feels like he just turned the camera on and off; it’s left to an attendee in a Slipknot shirt to offer the only criticism of the effort. Mind you, he doesn’t really need to do much, when the creators of the house are woeful in their ignorance; a debate over what to call Magic: The Gathering feels like something from a Christopher Guest parody, and their idea of an occult symbol is the Star of David. But these folks are serious, and the church still plugs the film on their website, perhaps believing all publicity is good publicity. They may have a point: while the scenes have all the authenticity of a primary-school play, judging by the looks on some of the 12,000 attendees, their efforts are not going unrewarded. That may be the scariest thing of all…