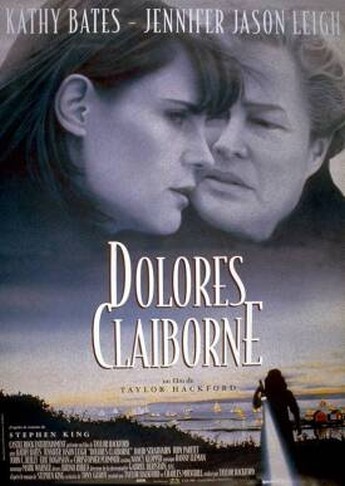 Never mind Freddy vs. Jason, if you want to see two screen psychos duke it out, this is the one for you. In the blue corner, wielding the sledgehammer…Kathy Bates! And in the red corner, looking suspiciously like Bridget Fonda…Jennifer Jason Leigh! This Stephen King adaptation has them as mother-and-daughter, the former accused of murder, the latter now a successful journalist, but both (to no-one’s real surprise) hiding dark secrets in their past.

The structure is horribly convoluted, with flashbacks firing off at a moment’s notice, and it’s all much as you’d expect, though filming the present-day barely out of b&w is a nice, depressing touch. Bates and Leigh struggle bravely with the material and most of the time salvage enough from it to make the viewer’s effort worthwhile. Plummer also does well as the investigating cop, still out to nail Bates for the death of her husband years ago, but you get the feeling some things are perhaps better off in books. Kathy wins on points – unless Don King is involved, in which case the result is a draw. [Memo to self: avoid topical references in film reviews…]