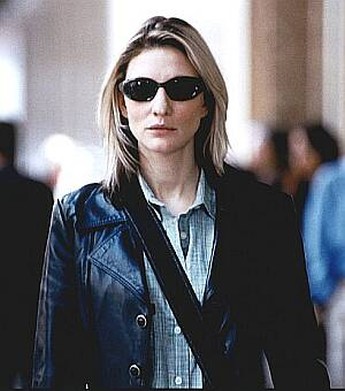 Based on a script worked on by Krsysztof Kieslowski, shortly before he died, can’t help wondering if he left it unfinished, as the final third just seems to peter out. The movie twiddles its thumbs for 30 minutes before delivering a punchline that, while effective, will make no sense if you missed the start – get there on time, folks! Blanchett plays an English teacher turned amateur terrorist; Ribisi is the police translator who falls in love with her, helps her to escape and continue with her self-imposed “mission”. This side of it works nicely, with a lot of familiar Tykwer themes, e.g. a couple thrown together by fate, the lengths people go to for true love, etc. This is a very still, quiet film, but after this item of business is concluded, it sinks into catatonia.

It’s almost as if Tykwer was seduced by the finale, but couldn’t work out how to get there from here. Blanchett and Ribisi, who worked together on The Gift, deliver good performances when they have something to do, but neither character is interesting enough to command attention if they’re just sitting around. Similar, while visually impressive (the aerial shots of the city are particularly striking), this isn’t enough either, and the end result lacks the satisfactory sense of closure found in other Tykwer films. Interesting to contemplate what he as a writer would have made of the same central idea.