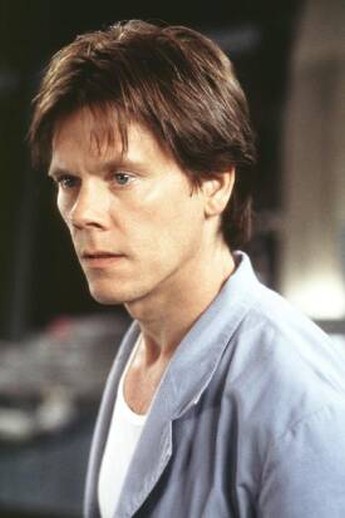 If I were invisible, even if I were a psycho, I know I wouldn’t waste my time in some underground facility, concocting all manner of sophisticated booby traps, over-riding computer security codes to stop everyone leaving, and sneaking up on my co-workers to kill them. No, sirree. I would be sitting at the front row in the best concert halls. I would be in the luxury suite at the Diamondbacks’ baseball games. I would be in the dressing room at Chippendales, wreaking havoc with the boys. The premise is potentially quite thought provoking; unfortunately, the story doesn’t take us to the reaches of our best imagination. The writing talents that brought us Split Second (“we need bigger fucking guns!”) and End of Days, as well as Air Force One, come up with a lame script about an arrogant scientist who coerces his team mates to use an invisibility formula on a human subject. Naturally, he wants to be first and the results are psychosis, when the process cannot be reversed.

There were so many plot-holes, I couldn’t help but feel that somewhere out there, hiding from us, is a director’s cut of the film. Bacon’s character could have been very interesting, interacting with the mainstream world as we know it – if there is footage that we are not privy to at the moment, I’d be very keen to see it. Perhaps it would provide a deeper look at the powers that tempted Kevin Bacon to lose all rationality, choosing his new life at the expense of his friends and co-workers. But we aren’t shown what this attraction is. Instead, we get the ravings of a madman, in yet another copy of a psycho slasher film, set in an underground, secure testing facility under lockdown. 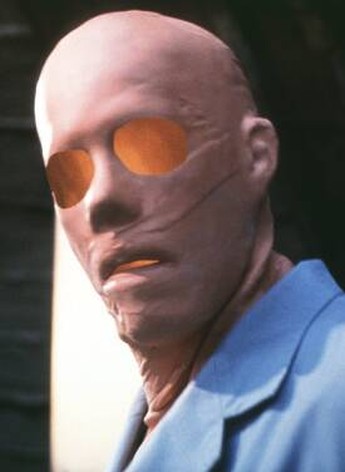 The last forty five minutes is the usual: who dies, who is gonna live, and why doesn’t the bad guy die, even after enough wounding to kill just about anyone else (3rd degree burns, electrocution, blunt force trauma…). Verhoeven is noted for his hyperviolent extravaganzas and this is no exception. I just feel the film was a little toned down for him – which may be why I am thinking that there must be a director’s cut, since he may not have had the last word on what the finished product would be. However, the special effects are lovely, with excellent CGI as we see the process take form, first in their animal test subjects (the gorilla was brilliant), and subsequently on Kevin Bacon. And I wonder how many people will recognize Lara Croft model Rhona Mitre as the sultry next door neighbor? But in the end, I have mixed feelings, since something was missing. Oh, yes: the story…