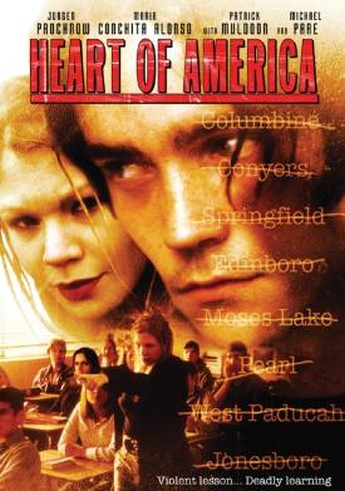 Back before Boll moved into joystick cinema (House of the Dead last year, Alone in the Dark and BloodRayne to come in 2005), he made “proper” movies such as this, clearly inspired by the Columbine Massacre. There have been a few of these seeping out lately – most notably, Gus Van Sant’s Elephant – which would have been unimaginable a couple of years ago. Time heals all wounds, it seems, or at least, allows film-makers to prod them. This movie takes place on the last day of school, when all manner of dramas are played out, involving sex, drugs, bullies and creative writing. At the centre are Daniel and Barry (Turton and Belyea), two geeks tormented and rejected by their peers – I think we can all tell where we are going, not least because the film begins with a CCTV shot telling you how it’ll end.

And it makes for intensely depressing viewing; everyone at the school bar the principal (Prochnow) has major issues, and the concept that the vast majority of kids might not be drug-using sex-addicts with psychopathic tendencies seems to be lost. Instead, it never does more than scratch the surface, trying to get inside too many characters, when the only significant ones should be Daniel and Barry; do we really care about anyone else’s motivations? Yet credit is due for the effort, some of the scenes pack an undeniable wallop, and from a technical viewpoint, I should also mention the 3+ minute crane and Steadicam shot, in and out of a row of houses, running under the opening titles – you can tell why Boll’s eye has been drawn to videogames. In the end, however, this doesn’t tell us anything we don’t already know: high school sucks. Add easy access to guns, and that’s all you really need to explain Columbine.