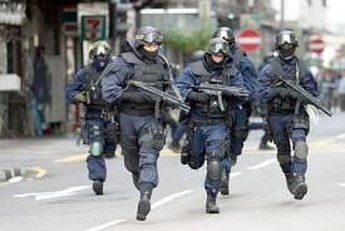 The opening shot of this film is almost sufficient to justify its existence by itself. It’s a 6 minute, 46 second crane-powered glide up to, and through, a lengthy gun-battle in the streets of Hong Kong, and is easily the best – and, yes, flashiest – bit of cinematography seen this year. From here, it drifts into a media-cop thriller; the bad guys, led by Yuan (Ren) don’t only escape, they humiliate the police force by doing so in front of the local press. So it’s up to Inspector Fong (Chen) to repair the damage by staging a “good show”, when the villains are located in a multi-storey tenement. Of course, inevitably, there’s more traditional pursuit in the form of the dogged Inspector Cheung (Cheung), who just wants to nail the perps, and cares not one whit for public relations. 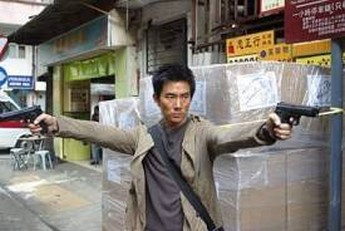 It’s nice to see modern technology being used in movies. Here, camera phones, webcams and the Internet are an integral part of the story, and the film is at its best when the cops and robbers are jostling for media supremacy. Director To is less successful when he enter “Die Hard in a tower-block” mode, where the energy expended by the protagonists scurrying around, doesn’t transfer onto film. Chen, in particular, impresses as the cold manipulator who eventually finds herself in the thick of things; however, all the performances get the job done. This could have been a humdrum action movie, but there’s a satirical aspect not often seen in the bullets ‘n’ bombs genre (obvious exception: Demolition Man); when that’s in play, it helps keep this fresh and tasty.