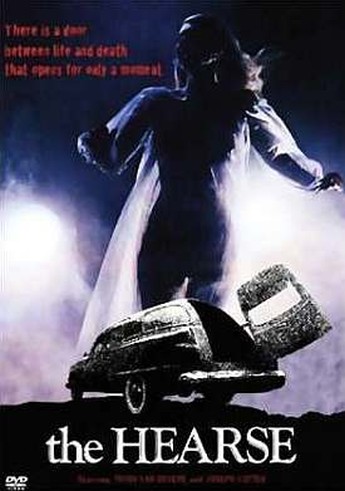 Troubled teacher Jane Hardy (Van Devere) heads off for a summer break in her late aunt’s home, escaping after a tough year which included both a divorce and the death of her mother. Arriving in Blackford, where the house is located, she starts to settle in, but soon finds that the majority of the locals are distinctly unfriendly towards her – at least, when they find out who she is related to. Jane also discovers that she is being stalked by a mysterious black hearse, and eventually learns that after her aunt Rebecca died, the hearse taking her to the cemetery crashed and burned: neither the driver’s body, nor that of the funeral subject, were found in the wreckage. Meanwhile, Jane has also found a diary in the attic, in which her aunt details her life. Two of the local men – one young, one older – also want a slice of her city pie, and the lawyer who is working with her on the house, reckons he should have inherited it too.

This may be one of my shorter reviews: the DVD was faulty, and wouldn’t work in either house DVD player, so I ended up watching it in the office, on Chris’s PC. Bit of a shame, as the print was very nice – though maybe that’s just in comparison with the awful copy of The Creeping Terror. Seems like the director must be a big fan of John Carpenter, as there are chunks of this which seem distinctly influenced (in tone, if not so much content) by both Halloween and Christine. This surprised us, as it feels more like a product from the start of the seventies than a decade later, but I found this New York Times review of it by Janet Maslin, which proves otherwise. It also shows the film as rated “PG”, and that gives some idea of how much terror you can expect to have generated by this, i.e. not much. The vast majority of this plays at about the level of a TV movie-of-the-week – and not even one on an interesting channel.