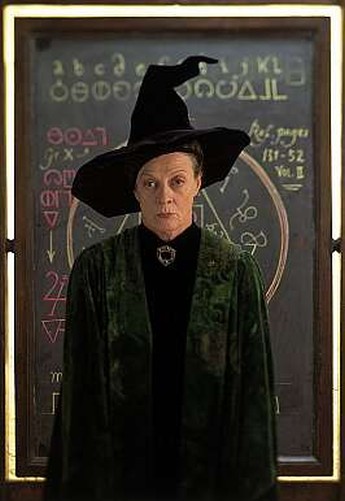 Having never read one page of the books before seeing the film, I proclaim my immunity, both to the hype and any potential disappointment. For a blockbuster, it’s pretty good, with more emotional depth than the eye-candy usually offered on such a budget – would it be chauvinistic to suggest the total lack of overpaid American actors perhaps helped? [For a laugh, try recasting the film that way – then shudder…] It’s certainly a delight to see the likes of Alan Rickman, the fabulous Maggie Smith and Richard Harris, even if the parade of Great British Actors (Look! It’s Julie Walters) can be a distraction sometimes. Visually, it’s great, though the lengthy Quidditch match seems a pointless luxury in a movie clocking in on the far side of 150 minutes, and is largely unconnected to the rest of the plot.

Radcliffe plays Harry well, both he and his schoolmates coming across as natural, rather than being the obvious “actors” that poisons so many child thespians, and which could have wrecked the entire show. Instead, I confess it got me interested in reading the books – from what I’ve now seen, they have a dry verbal wit that’s a little missing from the film, but the conversion is generally solid and well-executed. On course perhaps to surpass Titanic in all-time box-office: you certainly won’t find me arguing it’s any less worthy as a movie.