If I’d realized Andy Dick was in this, I would almost certainly have given it a super-tanker sized wide berth. My tolerance for the man can be measured in terms of half-lives for the dodgier radioactive elements. This almost got the “OFF” treatment within 30 seconds of his first appearance, when he affected a particularly shitty English accent. For rhe whole thing is basically a Dick family outing. Director Astrom is his son, Meg Dick is Andy’s daughter, and I strongly suspect a lot of it was shot in their house. This is probably what happens when you use crowdfunding, attempt to raise $30,000 and only get $1,200. You also end up having to film in black-and-white, presumably because the license is cheaper. [1973 called; they want their British television joke back] 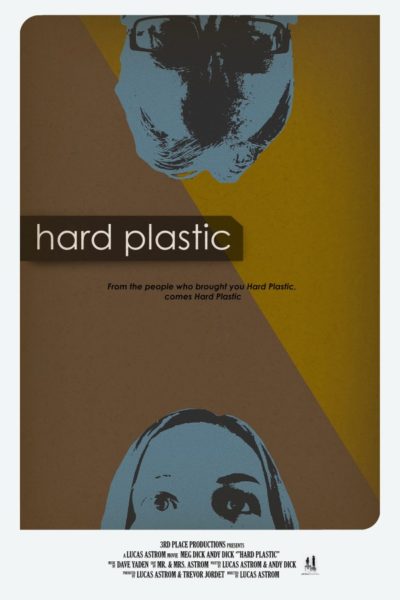 I guess it is, at least, loosely about Lily (M. Dick), an aspiring disc golfer who wants to turn pro, but has to deal with a slew of real-life problems. The main one is her father (A. Dick), a failed junk-shop proprietor with delusions of grandeur, who has thrown her out of the house because he needs to rent her room. There’s also best friend Nona (Anderson), and her addition to gambling in the form of scratch cards. Finally, Lily needs to raise the funds necessary to enter a disc golf tournament, which will hopefully give her the chance to catch the eye of a sponsor.

That’s quite a lot to cram into a film which runs only 67 minutes, including credits, and the film doesn’t really do any of the plot threads justice. There’s no particular sense of development, in terms of things building to a climax, and what resolution there is – mostly the father/daughter thing – feels forced and unconvincing. Then there’s Andy, who is his typical grating, horrendously unfunny self. I may not have turned off the movie, but I certainly tuned out any time he was on screen. Apparently, there was a lot of improvisation (despite two years having been spent on the script, which probably tells you something), and I just wish Astrom had found the guts to tell his father to fuck off.

There is the germ of a decent idea here, and even if they’d run out the usual sports cliches, disc golf isn’t exactly a familiar pastime, so they might have got away with it. The Lilly/Nona relationship is fun to watch too, so that could have offered a potential focus. They’re quirky characters, and I genuinely laughed at the scene where they visit a disc factory, and start rubbing the product on themselves. Unfortunately, it’s typically all too soon before the toxic presence of Dick the father raises his ugly head once again, and any connection to the characters and their situation evaporates like piss on a barbecue.

If you Google “hard plastic film”, you’ll get a lot of results for polyurethane and polyurethane products. 70 minutes spent watching them would probably provide better entertainment than Andy Dick does here.