You have to stick with this one, as its major flaw is probably a first third that seems to be trying to go in too many directions at once. Once it settles down and achieves focus, it does improve; it’s a bumpy road to get there, however. To skip to the main course, the film is about Russell Biggs (Sullivan), whose estranged abusive father dies in mysterious circumstances. Specifically, in a room painted with occult symbols above the bar he owned, the deceased having wounds on his throat the investigating officers initially think can only have been a shark bite. Russell inherits the bar, which is nice. Until he discovers the upstairs room comes with a sitting tenant. A flesh-eating demon that needs fed every two or three days, otherwise it will go out marauding for its own dinner. 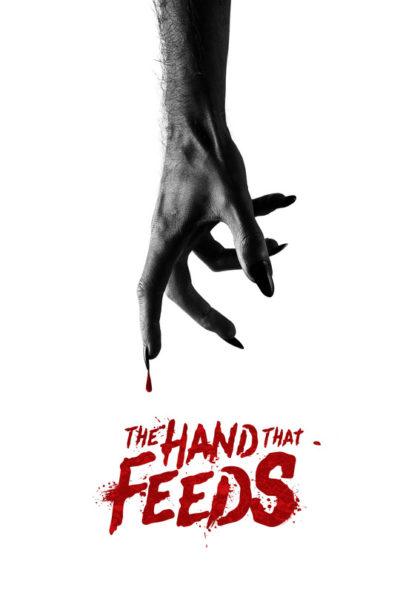 Initially, this doesn’t seem necessarily such a bad thing, as it can be used to dispose of troublesome problems, like a bar patron who causes trouble and abuses his other half – something harking back to Russell’s own childhood. The bar manager, Henry (Botten), offers to help Russell in the same way he helped his father, until a way can be found to destroy the demon. Russell also begins a relationship with Henry’s daughter, Jesse (Buerke). However, the authorities are circling menacingly, led by Agent Jack Reynolds (Sams), whose boss (veteran Chris Mulkey in a small roll) is applying pressure on him. The more he finds out about the situation, the weirder it becomes.

You almost might want to fast forward to the point at which Russell discovers he has inherited the bar. Up until that point, it has been a bit of a muddled mess, e.g. it was looking like it was going to focus on Reynolds and his partner for a bit. It was also a bit of a shock to find that Russell’s father – portrayed unrepentantly as a redneck hick – was actually a well-off property owner. I did not see that coming, based on the trailer park lifestyle. A few of the performances are uneven, and if ever you are in the Duluth, Minnesota area, be sure to stop by the Trophy Cafe, open 7 am until 2 pm, every day! [I looked it up, and it actually seems pretty good: 4.6 stars on Google]

After we discover specifically what’s going on, things definitely improve. Russell becomes a decently sympathetic hero, with a nice line in “Do you believe this shit?” dialogue and expressions, which serve the film’s purpose well. You still need to forgive some narrative stretches. I don’t care how convincing you are, no FBI agent is going to believe your story of a flesh-eating demon and, not just let you go, but take you along with him to a crime scene. The depiction of the demon is understated, yet does the job, and despite the issues, we were reasonably entertained. We also learned a valuable lesson: best sell demon-infested properties, rather than trying to run them.