It’s safe to say the reputation of Josué (Charansonnet) around the small rural town where he lives, is mixed, to put it mildly. He hasn’t been dealt the best of hands, now being the only caretaker of his mentally-ill brother, who lives with Josué in the large, run-down house inherited from their parents. He runs the local shop, similarly passed down to him, but his customers are few, and friends even fewer. The closest is the local prostitute, Abigail (Bargalló), who plies her trade by the station. It’s all very clearly wearing on Josué, both physically and mentally, and the brother’s increasing violent tendencies push things to, then past, a breaking point.

What stands out here is the casting of, and performance by, Charansonnet. He looks almost at death’s door, from the first time we see him, a man ground down by life’s burdens to a mere shell of a man. If you told me he developed chronic anaemia like his character, as part of some twisted version of method approach to the role, I’d believe you. It is horrific to watch a person who is shuffling through life, little more than a zombie, yet there is a certain poignancy to Josué as well. You feel there is a good man in there somewhere, even if the merest shadow remains, and his strong religious faith is one of the few aspects of his humanity still present. 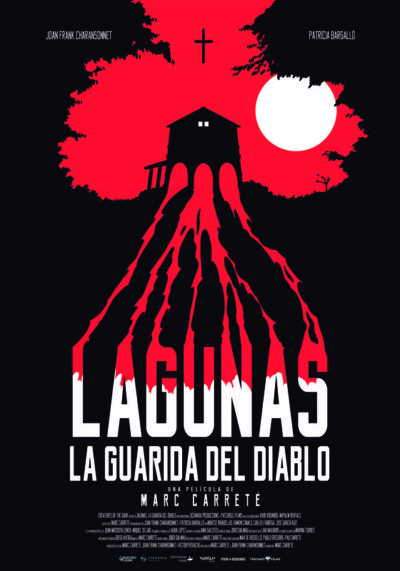 The problem is, the rest of the film appears to be operating in a different dimension. It’s a small cast, and none of the other performers come over as more than single-sentence tropes. The tart with a heart. The kindly yet ineffectual man of the cloth. The nosey neighbour. To keep the film balanced, it needs an opposing force of similar strength, to push against Josué. Either because or in spite of this imbalance (and I’m unsure which), he ends up operating as both the film’s hero and its villain. That is an almost impossible trick to pull off, and despite Charansonnet’s valiant efforts, he’s not able to do so.

The other issue is the plot. It drops the ball badly in the final act, going in a more direct and less psychological direction, one which feels at odds with most of what we have seen to that point. The fact we did not get to see Josué’s brother, only hearing his demented yelling, led to… certain inescapable conclusions, shall we say. That the movie chose a different direction is laudable. That the makers chose one apparently borrowing elements from a third-tier Evil Dead knock-off, is rather less praiseworthy. I can’t quite identify the precise moment at which the film jumped the shark, yet by the time the credits roll, I had a feeling this might have happened. Given an incredibly strong first half-hour, it’s a shame it was unable to build on the solid foundation and Charansonnet’s portrayal.