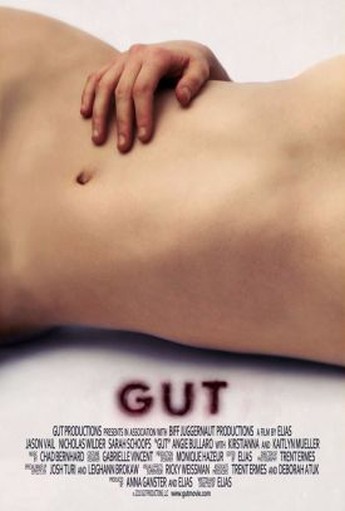 Tom (Vail) isn’t exactly happy with his life. He is trying to settle down with his wife (Schoofs), but hates his job, and his best friend Dan (Wilder) is upset over the loss of his pal, missing the all-night horror movie marathons they used to have. Dan finally lures Tom over with the promise of something ‘different’, obtained online: it turns out to be an apparent snuff film, depicting the disembowelment of a young woman. The two react very differently to the work: Tom is haunted by the images, to the point that it threatens to destroy his relationship with his spouse, and begs his friend to destroy the DVD. However, Dan is imbued with new-found confidence, finally plucking up courage to ask the waitress at their regular diner out, and orders more of the same series. He’s in for a nasty shock.

I liked this a lot better on seeing it the first time, when it was called Videodrome. Ok, that’s a bit harsh, but the debt to Cronenberg is clear – and unfortunately, so is the shortfall, in script, acting and direction. Part of the problem is that the snuff film is less disturbing than your average Discovery Channel surgery doc, making Tom’s reaction, in particular, way overblown. “Elias” also seems far too fond of shots, or even entire scenes, where someone stares off-camera, looking concerned, while a somewhat threatening rumble/drone plays on the soundtrack. All told, it’s a common criticism with some feature films, that they would be better off as shorts, but that’s certainly the case here. At 20 or 30 minutes, this has potential, and there are occasional moments which do work. But as a feature – especially with an ending which seems more underwritten than ambiguous – this comes over as less the intended “slow-burn” horror, and more slightly-damp squib.