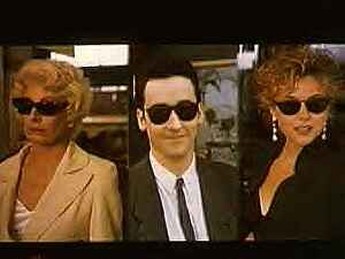 While I can’t call this a bad film, there’s not really a great deal to like here. Cusack’s low-rent conman is caught in a power struggle between his mother (Huston), who is also skimming money from the Mob, and Benning’s interest in luring him into larger scams. You will not be surprised to hear it all gets pretty messy, in more ways than one. None of the three are people you’d really want to spend time with, unless you have a masochistic desire to lose the shirt off your back, and only Cusack appears to possess the milk of human kindness – and barely enough of it to make cereal. There are a couple of interesting sequences; Benning’s scam on Charles Napier is well-executed, though House of Games did it with more impact. The net result is that you don’t really care about their struggles towards a “better” – or at least, more profitable – life, and I was largely unmoved by this trio of relentlessly unfolding tragedies.