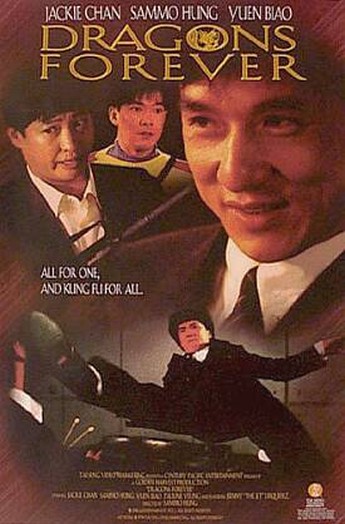 The final outing to date of the ‘3 Musketeers’ (Hung, Chan and Yuen), sees them as slightly dubious characters, working for an industrialist who’s being hassled by the fish-farm owner next door (Yeung). Their task is to get her out of the way, but when they find out their boss is making “narotics” [as per the subtitles], they change sides. The comedy elements are slight and silly; the trio are initially intriguing characters, yet once the novelty wears off it’s clear they’re very shallow. However, the physical stuff, both the slapstick and the amazing final battle, which pits Jackie against Bennie Urquidez, make sitting through the rest much less painful. It’s a film which would be a great highlights reel – it says something that these moments are enough to carry the film.