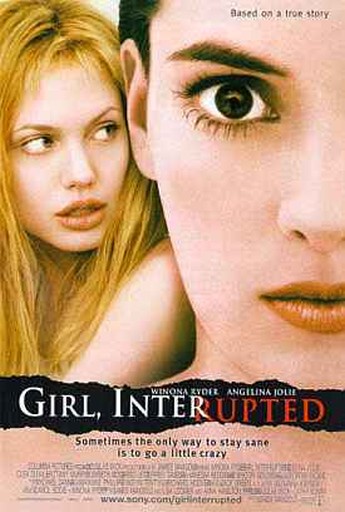 I don’t suppose there’s any credible way to make a film about depression anything other than… well, depressing. While I can’t deny the quality of the performances on view – not least from Jolie, who got a well-deserved Oscar for her role as the sociopathic Lisa – it’s not really the kind of film which is much “fun” to watch. Susanna (Ryder) gets herself checked into a mental hospital after a somewhat half-hearted apparent suicide attempt, and spends the next year or so there, with the other residents, most of whom are a great deal more disturbed than her. At one point, she and Lisa break out, with the intention of going to work in Disneyland, but the trip ends in tragedy, and Susanna returns to the asylum. There’s a bit of conflict with one of the nurses (Goldberg), who basically tells her to snap out of it, and the audience may be inclined to agree. And I can’t say I felt that when Susanna gets released at the end – and I trust that isn’t spoiling it – she is very different from Susanna when she went it.

Which may be part of the point – the line between sanity and mental illness is a fairly permeable one, and the ‘one size fits all’ approach does seem questionable when you see the broad range of disorders who get locked up in the same asylum. On the other hand, keeping the likes of Lisa out of public circulation seems like a good thing for society in general. It’s not really a point which needs two hours to wring out, however, and entertaining as it is to see Jolie prowling like a panther with a personality disorder, it’s negated by watching Ryder’s performance. That seems to be taken from “Elijah Wood Does Emo 1.0.1”, and mostly consists of her adopting a wide-eyed expression of deep concern. Two hours of this is about ninety minutes too much, and some form of electroshock therapy would likely be more fun.