While competent enough technically, there’s just not enough here to stand out, in the increasingly crowded field of “home invasion by masked fiends” flicks. The victims in this case are social media influencer Sunny (Rhoades) and her boyfriend, Brad (Maxheimer). After a scary incident at their home, they naturally decide to get away from it all… at a remote cabin, in the middle of nowhere, with zero cellphone reception. As you do. What could possibly go wrong? Naturally, it proves to be just the first in a series (collect the set!) of poor decisions by the couple. 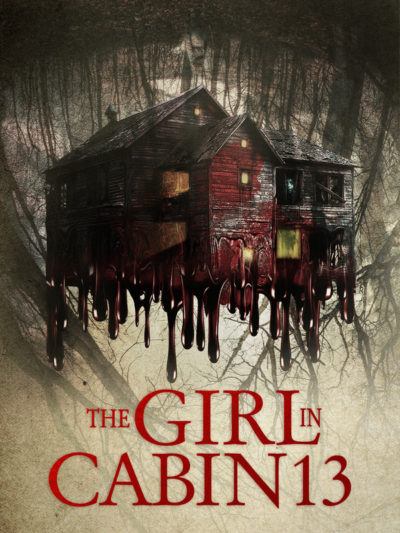 Oh, the property manager (Johnson) seems friendly enough. But it’s not long before Brad has an unsettling encounter with a masked figure in the woods. Rather than nopeing the fuck out of there, he doesn’t tell Sunny, because he “didn’t want to worry her”. Insert eye roll emoji here. She, meanwhile, has spotted the threatening figures lurking in the back of the photographs she has been taking. It’s not long before they are knocking on the door, doing that whole “silent and enigmatic” thing, and tilting their heads to one side – like every other masked home invader, since The Strangers. Fortunately, the cabin in which they’re staying was built by a Doomsday prepper, so is rather more robust e.g. it comes with bulletproof glass. But rather than embedding themselves and waiting it out, Sunny and Brad will insist on engaging with their unwanted visitors.

The film does some things right. Considering the amount of patience and time I have for “influencers” (which would be: zero), Sunny and Brad are almost tolerable as characters. Clearly as dumb as a box of rocks, yet once we get past Sunny taking a picture of her food – copy-paste that eye-roll emoji – they are more likable than I expected. However, there are few moments where this doesn’t feel like a facsimile of what has gone before, just with less intensity (the kills here, for example, are sparse and not particularly impressive). The one bit I will remember is Brad pleading with one of the masked men, telling him they can just go, because the victims haven’t seen their faces. He pauses, slowly takes off his mask and stares in the window. More of that is needed.

I suspect it takes too long to get to the meat of the matter as well. The first half is attempting to build a sense of menace, and despite the strenuous efforts of the soundtrack, which flares up noisily at the drop of a hat, it’s not particularly successful. Menace only works if it’s not obvious where a film is going to go, and here, it might as well be signposted: “Home invasion: This way”. On the evidence here, masked home invaders are to this decade, what found footage was in the nineties.