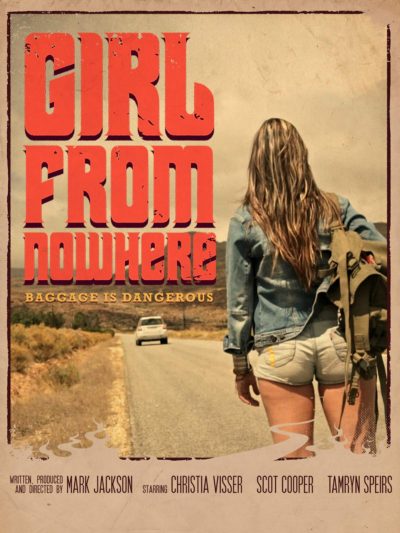 I say “supposed”, since the film makes strenuous efforts to convince us of its existence, at least. But it just doesn’t work. There is absolutely no chemistry between any of the three people at all, something which is quite crucial for this genre. You need to believe, not only that Kath and Hugh would be together to start with, but that both would be open to the wiles of Liza. Regardless of how good the actors may be on their own, and the trio here seem more or less competent, it doesn’t matter unless they are believable. For whatever reason, they just aren’t, and what results is an hour and thirty minutes of going through the motions. Scenes that should clearly sizzle – such as actor Hugh discussing the finer points of screen kissing with Liza – end up flatter than last night’s souffle, and about as appetizing.

When the situation is as described above, there’s still hope if the makers will simply throw copious amounts of gratuitous nudity at the viewer, to make up for deficiencies in other areas. But here, almost all you get is the tension, and virtually none of the sex. The script certainly provides opportunities for it: there’s a swimming pool at the house, and Liza seems to be part-mermaid, going by the amount of time she spends in and around it. There’s even some low-impact grinding. But the moderately photogenic trio largely remain attached their clothes. It’s all weirdly lacking in the required heat and passion with the fiery intensity of a thousand burning suns.

The story lumbers on, to a rather ludicrous finale, where Liza starts hiking up the side of a mountain, clutching a painting. In the context of what has gone before, it’s actually a bit less ludicrous than that seems. It is also something you’ve not seen before – in particular the hang-time eventually achieved by the work of art in question. The rest of it though, has very little to offer, either in its content or execution.