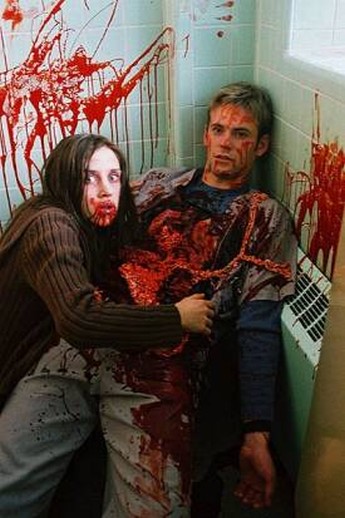 This sequel to one of the best horror films of the past few years (and one that improves with repeat viewing) probably works better on its own, than as a follow-up. To start with, the late Ginger (Katherine Isabelle) – y’know, her of the title? – is barely present, only in odd, rather pointless hallucinations suffered by sister Brigitte, who is now beginning to turn wolfy herself. Only frequent injections of monkshood keep it at bay, and when Brigitte is imprisoned within a teen rehab clinic, she’s forced to go cold turkey. And that’s no fun, especially since a full-grown lycanthrope is locking on to her scent. The only hope is Ghost (Maslany), a strange little girl who reads comics, and is intrigued by her new friend’s tendencies.

It’s certainly creepy, and keeps you on edge, particularly the uncompromising soundtrack. However, the relationship between Ghost and Brigitte lacks the twisted beauty of the Ginger/Brigitte one, first time around, and sleazy orderly Tyler (Johnson) is someone I could probably have lived without, too. However, KNB’s effects are far superior here, with the werewolf being entirely convincing. I suppose it was too much to expect the radical reinvention and subversion of the genre we got before, and the social satire has almost entirely evaporated, in favour of something that’s almost straight horror. Not that’s this is necessarily bad, especially when done creatively, as here, but the film needs something as elegantly simple as the “lycanthropy = puberty” theme in the original, and the resulting lack of identity is disappointing.